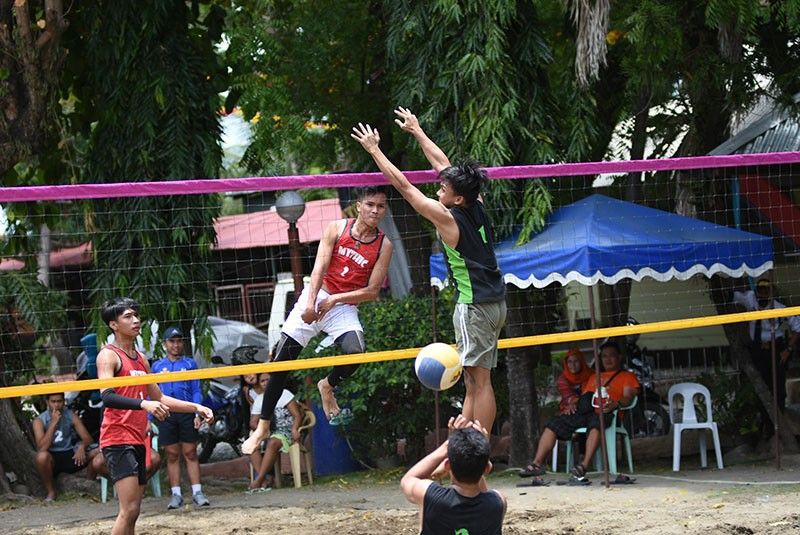 Yambao, a student of the University of the Immaculate Conception (UIC), and Jimenez of Mati National High School, spanked Playgirls Team of UIC's Eric John Lagare and Patrick Yap, 21-16, in the gold medal match.

Philippine Volleyball Federation (PVF) regional director D'Artagnan Yambao said his son Euan and Jimenez are members of the Davraa boys volleyball team that will compete in the Palaro set in Davao City on April 28 to May 4.

The Yambao-Jimenez duo also demolished ADME's Jayrad Adeva and Karl Mejia, 21-5, in the quarterfinals before surviving past fellow Davraa players Lourdz Magno and Kobe Miranda of Team Maganda-Ateneo de Davao University, 26-24, to arrange a titular showdown with the Playgirls Team, a 21-19 winner over BVR's Jan Rusthome S. Pineda of Assumption College of Davao and Billie Aldamia of Brokenshire College of Toril in the semifinals.

Batang Pinoy 2019 Mindanao Leg bronze medal performer Adeva, in an interview, said that he joined the tournament to gain more experience in playing against veteran and older players.

Winners received medals and cash prizes in the volleyfest sponsored by the Sports Development Division of the City Mayor's Office (SDD-CMO).