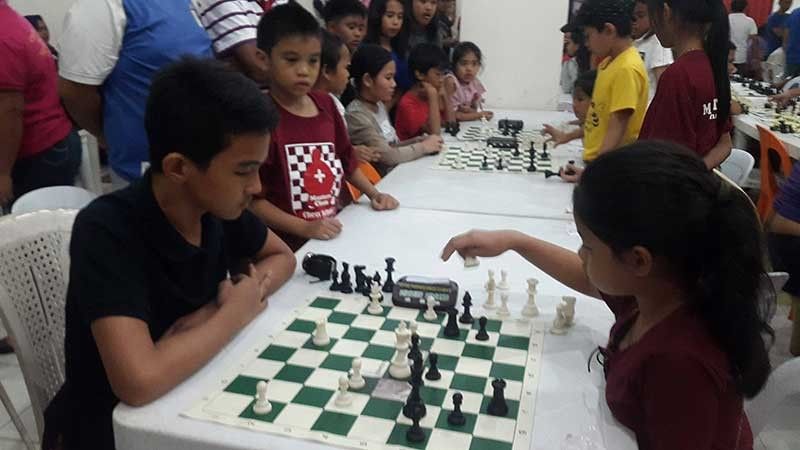 THE kiddies rivalry of the recently-held Atty. Rufus B. Rodriguez Open Chess Tournament in Cagayan de Oro bared exciting matches and drama atop the 64-square-board.

Joseph Alexis dela Rama of City Central School spoiled what seemed to be another title finish of Canino when he upsets his former tormentor in the seventh and final round face-off for grade 4-6 category.

However, dela Rama's big catch was not enough to run away with the top prize as Gabriel Tito Oba-ob of Iligan City and Andy James Sabella of Bolisong Elementary School, El Salvador City also won their final matches to force a three-way logjam at six points each.

In the ensuing Bucholz tiebreak, Sabella got the better to collar the P1,500 top purse plus trophy. Fellow 6-pointers Oba-ob and dela Rama finished second and third with P1,000 and P800 take-home, also with trophies.

It can be recalled that dela Rama yielded to Canino's endgame savvy during the inaugural show of the NM Roly Tan-backed Masters Class tourney at Limketkai Center.

On Saturday, March 23 at the Nazareth gym, the revenge-seeking dela Rama returned the favor as he completely outplayed the black-handling Canino in a Carrokan defense encounter.