Niño dances for his dreams 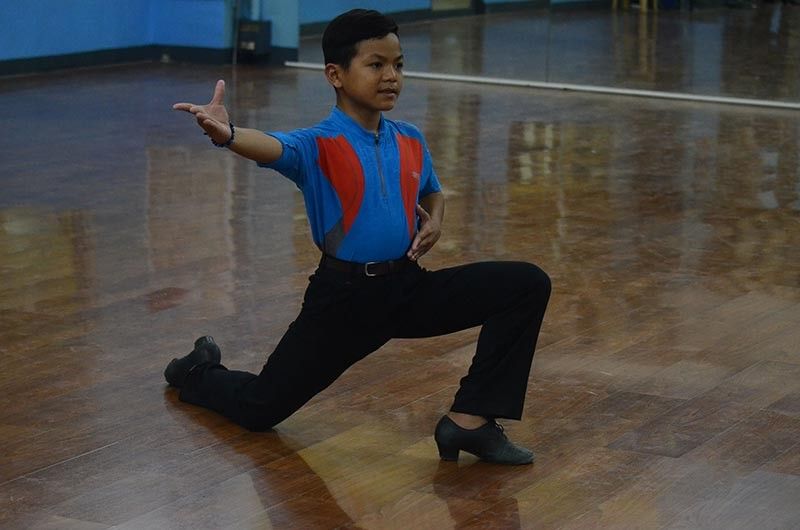 NIÑO Salve has been doing dance sports for already six years, and through his passion, he was able to help his parents financially.

“So I can earn money and I can help my family,” said Salve.

As young as seven , Salve was already aware of the hardships of life.

It was poverty that made Salve join dancesports, which was introduced to him by his uncle, Armando Leyson, who is also in the dance sports industry.

Salve said his uncle didn’t want him to be just like other children who got into illegal vices at a young age, that was why his uncle registered him when there was a free workshop conducted in their barangay in 2011.

“My uncle told me to join the clinic so I won’t be like my friends, who were already into vices,” said Salve.

Salve said he also wanted to be in the dancesports team so he will not be like some of his friends, who have became street mendicants.

Salve said when Cebu City’s grassroots program went to Labangon for the free workshop in dancesports, he did not waste any minute to show his talent in dancing, prodding the organizers to pick him for Dancesport Team Cebu City (DTCC).

Among the different categories of dancesports, Salve said he is confident with the Latin dances, which is his forte. He also excels in other categories like rumba, jive, and cha-cha.

The young dancer said he only listens sincerely to the music to get relaxed and the gracefulness will eventually be shown in his moves.

It is because of the choreography of his dance that his friends would sometimes tease him that he is gay.

“My friends tease me that dancesport is for gays, but they don’t know we get beautiful women as partners,” said Salve.

Salve was 10 years old when he joined the Batang Pinoy Visayas Regional Finals 2013, his first ever competition wherein their team won a trophy.

It was because of dancesports that Salve was able to go to different places for various competitions, something he really enjoys.

In his six years of being part of DTCC, Salve has gone to Bacolod, Manila, Dumaguete and Aklan, places he never imagined he would be going to.

Though Salve’s parents are very supportive of him, according to him, there were times they do not want him to participate in competitions held outside Cebu.

“They support me if the competition is here, but if it’s outside Cebu, they don’t want me to join because we don’t have money,” he said.

Salve said he’s happy because despite of this, his parents are proud of him whether he wins or loses in the competition.

The 14-year-old Salve, who is now a Grade 9 student in one of the schools in downtown area, is dreaming to become a marine engineer so he can help his family.

“So I can have a huge salary, I can buy what I want and I can also support my family,” he said.

Salve has two other siblings and added that their youngest is starting dancesport as well.

Salve said that so far, he does not have any plans of quitting and he wants to continue what he has started until he will become like the person he looks up to, Wilbert Aunzo.

Aunzo is a Cebuano who is also a member of DTCC who will represent the Philippines in the 2019 Southeast Asian (SEA) Games later this year.

Salve said that even if he will get a job in the future, he will not leave the industry, which molded him.

“I will still continue to dance even if I will finish my course. It’s just a matter of balancing time. I will work and then practice when I don’t have work,” he said.

He also said he wants to be a champion and go to different countries to represent the country, as well as go to Japan and China, his dream destinations.