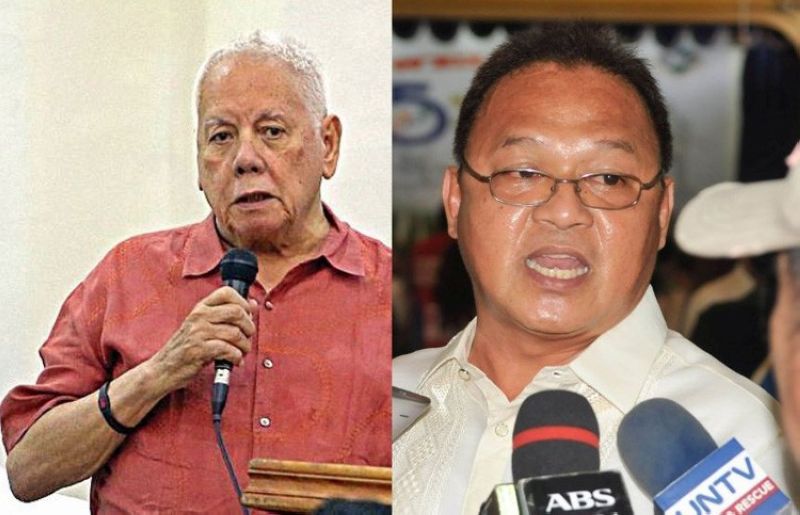 CEBU. Toledo City mayor John Henry "Sonny Osmeña (left) and San Francisco mayor Aly Arquillano (right) are baffled as to why they were included in the administrative suit filed by the Department of the Interior and Local Government (DILG) against 50 mayors nationwide for failing to activate their anti-drug abuse councils (ADAC). (SunStar file photos)

TWO mayors from Cebu are questioning the Department of the Interior and Local Government (DILG) for including their areas as part of 50 local government units nationwide that are being sued administratively for failing to organize Anti-Drug Abuse Councils (ADACs) in their respective areas.

Toledo City mayor John Henry Osmeña and San Francisco, Camotes mayor Aly Arquillano questioned the inclusion of their LGUs in those being sued by DILG when they have successfully organized their own ADACs.

Arquillano told SunStar Cebu that he was baffled that his town was included in the list when San Francisco and three towns in the Camotes Islands were declared as "drug-cleared" by the Cebu Provincial Anti-Drug Abuse Office (CPADAO) last year.

He plans to ask for a clarification from the DILG on the matter.

Osmeña is one of 50 mayors nationwide that is being sued by the DILG administratively for failing to organize their own ADACs.

But Osmeña believes that DILG’s move to sue him is “politically motivated.”

“Kontra kaayo na sila nako. They don’t want me to assume office after the court reversed my suspension and wanted (Vice Mayor Antonio) Yapha to serve as mayor, “ Osmeña said.

He added the DILG didn’t give him a chance to present their case before them.