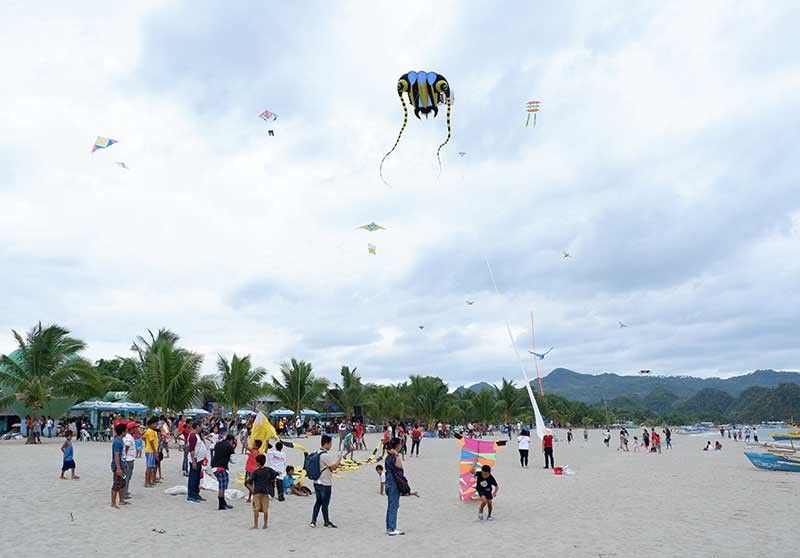 Vice Mayor Ma. Gina Lizares, on the sidelines of the kite flying competition, said kite is a symbol of what Sipalay wants to be in the future.

“Like the kite, we want to fly high not only in tourism but in all aspects of governance while staying grounded,” she said.

“Burangoy” is coined from the terms “burador,” Hiligaynon for kite and “barongoy,” a local word for flying fish, which Sipalay City is known for.

This year's edition of the festival, still in partnership with the Kite Association of the Philippines (Kap), has the most number of entries, also one of the most-attended.

Of the number, 26 competed in the Flat Kite category, 13 in Figure category, nine in Geometric category, and five in Barongoy category. The winners received cash prizes.

In the bid to bring the festival into a higher level, Lizares said the City Government is planning to host the National Congress and Kite Flying Competition next year.

Lizares said the city will invite kite flying enthusiasts all over the country to further position Sipalay as the kite-flying festival capital of the Philippines.

“The kite-flying event was just used to be an entertainment during our charter anniversary celebration,” she said.

“We will level it up to a serious or a higher level of entertainment and tourism event,” she added.

Kap deputy vice president James Kakanusa, who was also at the activity, said Sipalay is more advanced in terms of kite flying compared to other localities in the country.

Kakanusa said the Sipalaynons are good kite makers. Their advantage is the quality and artistry of their works.

“Sipalay is leading in terms of hosting a kite flying event in the country. In fact, it is really capable of bringing the festival to the higher level,” he said.

Kakanusa added: “They have the beach, sun and wind thus, it has to go higher to get more people coming here.”

“This has really put Sipalay on the map,” she said in her speech.