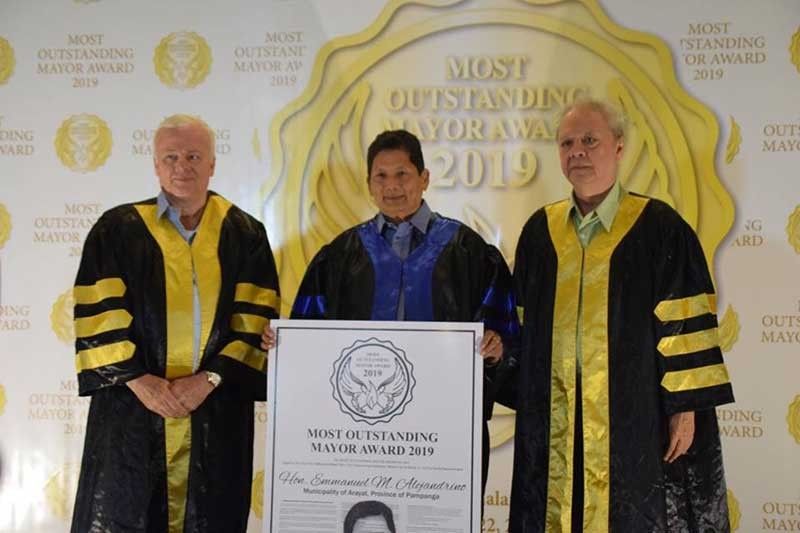 The award given to deserving local chief executive nationwide recognizes the outstanding accomplishments of local leaders for their singular or collective efforts toward the development of their community and in nation building.

In his acceptance speech, Alejandrino credited the yearly accolade to the successful implementation of peace and order activities in the town which helped in developing and boosting its economic drive.

“As a member of a rebel group for 40 years, I just wanted to bring back one thing to Arayat when I finally decided to become a public servant, that is peace and order. And for the past five years, I can say for a fact that it was very helpful,” Alejandrino said.

Alejandrino, meanwhile, shared his award to the people here who have become part of the “Bayung Arayat” movement which aims to bring back and further develop the glory of this progressive town.