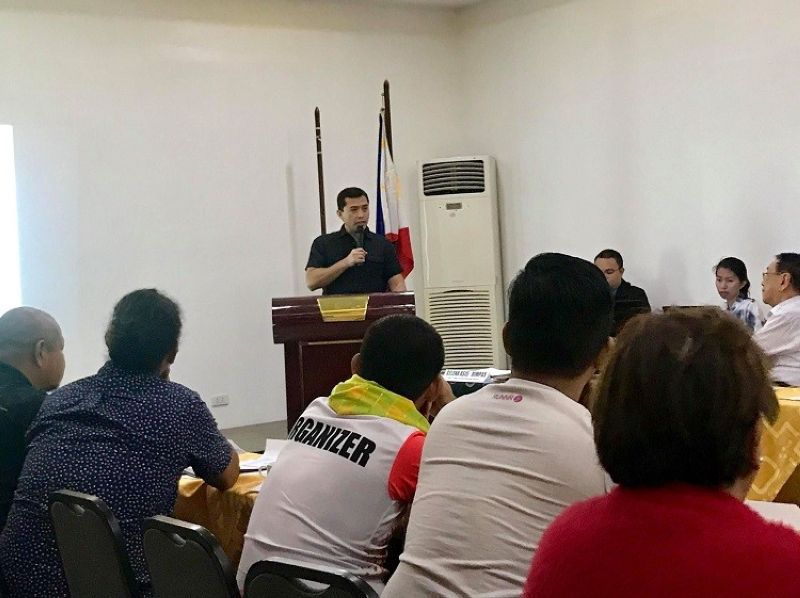 CEBU. With the creation of the council, DOT Central Visayas Director Shahlimar Tamano said sports tourism will now be represented in all of the region’s tourism undertakings. (Photo by Katlene O. Cacho)

THE Department of Tourism (DOT) 7 on Wednesday, March 27, led the creation of the region’s first sports tourism council that will help Central Visayas take off as the country’s sports tourism capital.

With the creation of the council, DOT 7 Director Shahlimar Tamano said sports tourism will now be represented as part of the region’s tourism undertakings.

“We are now putting the sports tourism sector part of the tourism industry officially,” he said, adding that it is a partnership with the different stakeholders that the sector needs to sustain the sports activities they hold annually.

Tamano said he isn’t worried that the region doesn’t have big coliseums to house huge sporting events because it has the beaches as its stage.

“We have more infrastructure here than Clark. Ours is natural which cannot be replicated,” said Tamano, noting that the region which is surrounded by water makes it an ideal hub for watersports activities.

The New Clark City Sports Complex is expected to be completed in time for the November 2019 Southeast Asian Games. The athletics stadium will have a seating capacity of 20,000 while the aquatics center is capable of hosting 2,000 spectators.

“I have seen how sports tourism has helped Siargao Island. It doesn’t have too many facilities yet the people continue to go there. Cebu is pretty much the same because our beaches are our amphitheaters,” said Tamano.

Sporting events, according to Tamano, can also help improve the image of Central Visayas known as a destination. He said the industry wants the region to be known more than just a destination for business and leisure. He said amplifying sports tourism could strengthen the region’s branding.

Tamano said they eye to attract potential competitors from Asean as well as China, Japan and South Korea in the games the industry will stage.

“Right now the competitors we attract are from the traditional markets or the same pool from five years ago,” he said.

Queblatin admitted that they have been offering the same packages to guests and that it is about time for the region, specifically Cebu, to offer a new one.

“We are looking for products to sell and sports tourism is something that we are ready for. In fact, we have been selling sports packages informally,” she said.

“Sports tourism will now be our answer to the feedback of Routes Asia 2019 that Cebu has nothing new to offer,” she added. “With this organized council we can do more for Cebu now.”

Queblatin said Catos members, for instance, are just waiting to be linked to the group so it could help promote the calendar of sports activities lined up in the region.

“We are open to collaborate and give tourism in Cebu a good push,” she said.

“We will help the group promote these events,” added Tamano.

Moreover, Queblatin said Catos is also willing to help the group come up with specific regulations as safety of guests is also of prime importance.

With the creation of the sports council, the group will now also be linked to hotels and transport groups as well as to the airlines and other tourism-related organizations.