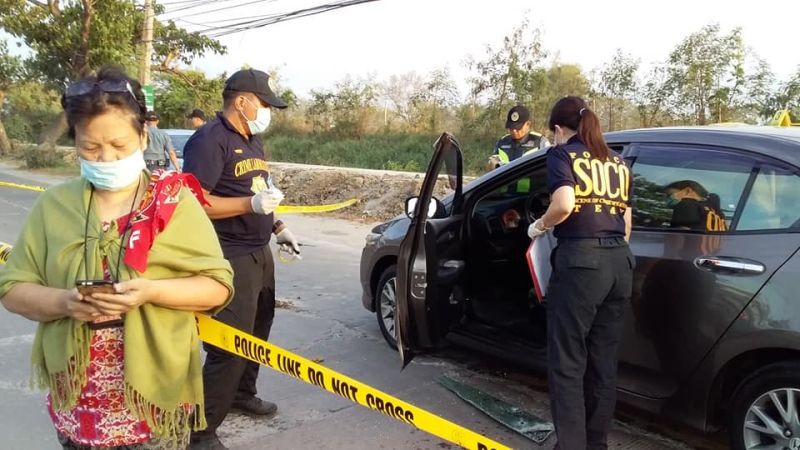 PAMPANGA. A team of Scene of the Crime Operatives (SOCO) gather evidence at the ambush site on March 27, 2019. (Photo by Chris Navarro) 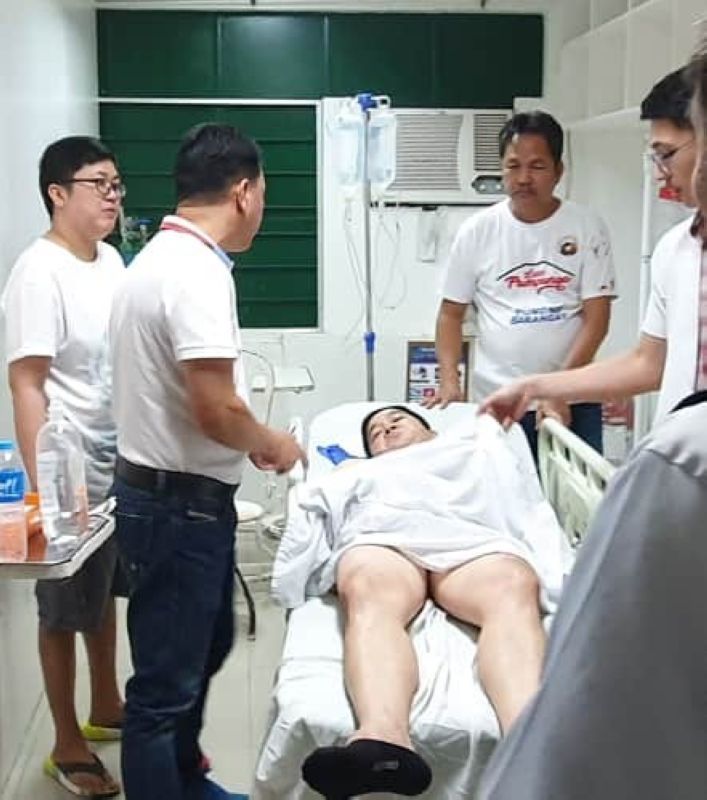 TWO village chiefs of Apalit town were wounded when unidentified men from a black vehicle fired in their direction Wednesday afternoon, March 27.

San Vicente Barangay Chairman Nick Gardiner and Sampaloc Barangay Chairman Renato Pacia were on their way home on board Gardiner’s Honda City sedan when they were attacked along the MacArthur Highway in Barangay Sto. Domingo, Minalin town.

Gardiner and Pacia had just come from the peace covenant signing of provincial officials at the Metropolitan Cathedral on Wednesday afternoon.

Pacia, who sustained minor wounds from the broken windshield, said a black Toyota Fortuner without a license plate number suddenly overtook them on the road and fired in their direction. He said the assailants may have used only handguns.

Pacia said that after about 10 gunshots, the suspects retreated and fled towards the direction of San Simon town in the south.

“Pagbaba ko ng kotse, narinig ko pa sila na nagtawanan. Akala ko nga bababa pa sila, pero sinarado na nila ang bintana tapos dumeretso na sila (When I alighted from the car, I heard them laughing. I thought they would still alight but I saw them close the windows and then they sped away),” Pacia said.

Asked if they have received any death threats recently, Pacia said he did not, but noted that he can only speak for himself.

Gardiner, who sustained a gunshot wound on his left arm, is reportedly in stable condition and recovering at a local hospital.

“As vice-governor of Pampanga, I have requested the police to investigate the incident and bring the attackers behind bars. I have also asked the Commission on Elections to order the police to boost their security efforts. I hope this incident does not diminish our trust in the electoral process,” he said.

Police Brigadier General Napoleon Coronel, regional director of the Central Luzon police, said they are already conducting an in-depth probe to immediately identify the perpetrators and locate them.

“We are looking into all angles to establish possible motives and we are exerting all means to get into the bottom of this unfortunate incident. We assure the public, as well as the victims' families, of our total commitment to ensure immediate resolution of the case through proper investigation,” Coronel said. (With a report from Ian Ocampo Flora)