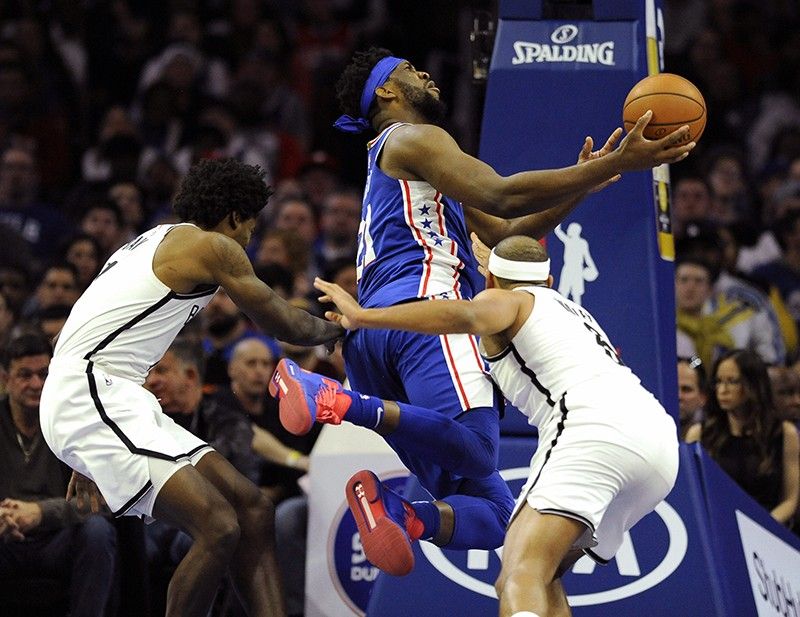 The game matched teams that would've met in the first round of the playoffs had the postseason started Thursday. The 76ers have a strong hold on the No. 3 seed in the East with seven games remaining, and they moved three games ahead of idle Indiana.

Goran Dragic had 23 points, 12 rebounds and 11 assists for his second career triple-double, Dwyane Wade capped the win with a steal and score in the final seconds and Miami beat Dallas to move back into eighth place in the Eastern Conference.

Dragic outdueled Luka Doncic in the first head-to-head meeting between the only two Slovenians currently in the NBA, and Miami moved past Orlando for the final playoff spot in the East race.

Doncic scored 19 points for the Mavericks, but missed 12 of his 18 shots.

Wayne Ellington scored 17 of his 25 points in the third quarter and Detroit beat Orlando.

Toronto rested Kawhi Leonard, just as it did in its 128-92 victory at home March 18. Rookie Mitchell Robinson had season highs of 19 points and 21 rebounds for the Knicks. (AP)