Gwen to file more cases vs. Davide: ‘bring it on’ 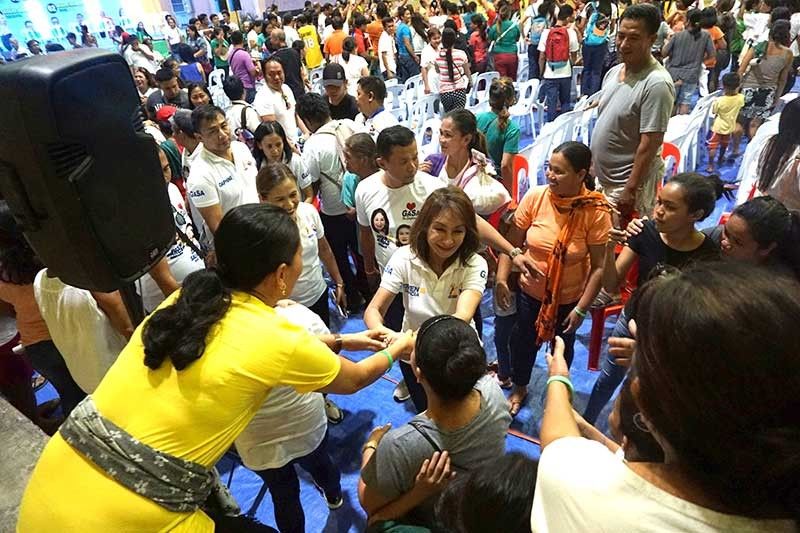 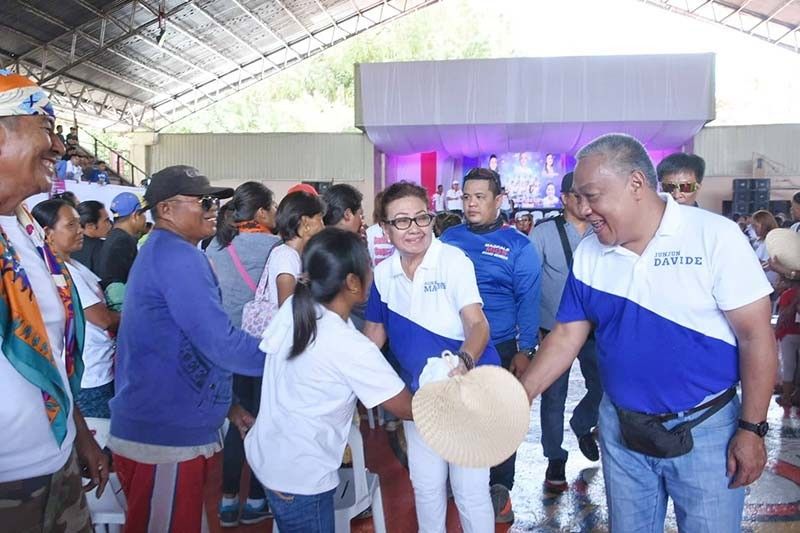 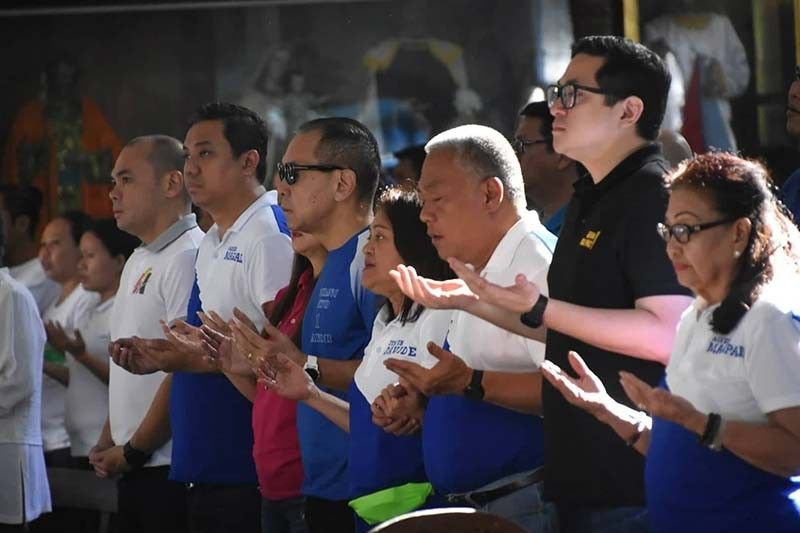 Prayer. Bakud Party candidates, including reelectionist Sen. Bam Aquino (second from right), recite a prayer during a mass for the opening activity of their campaign sortie on Friday, March 29. (SunStar Photo/Allan Cuizon)

AS THE local campaign period kicked off Friday, the battle for Cebu’s top post also heated up.

Davide, on the other hand, said to bring it on.

Garcia plans to file charges against Davide for his alleged purchase of overpriced heavy equipment, vehicles and fees for suppliers of the Capitol.

Davide said he is not scared of the cases filed against him.

The Office of the Ombudsman ordered the dismissal of Garcia over her alleged involvement in the P24.4-million contract signed in April 2012 for the supply of backfill material for the Balili property in the City of Naga in Cebu. The acquisition of the Balili property was also deemed anomalous, considering that the bulk of the land is underwater.

Vice Gov. Agnes Magpale, for her part, said the Provincial Board can only approve the recommendation of the bids and awards committee. Magpale was Garcia’s vice governor then.

“It was the technical working group who assessed the prices in the purchase of the Balili property. It’s not the duty of the Provincial Board,” Magpale said. Magpale will be running against Garcia in the midterm polls.

On March 26, Garcia, accompanied by Provincial Board Member Alex Binghay, filed a civil case in court to stop the construction of the P1.5 billion 20-storey building beside the Capitol Building in Cebu City.

In the case of the overpriced equipment, Garcia’s brother Pablo John, who is running for the third district congressional seat, said his legal team is studying the case after obtaining documents about these purchases.

Garcia also warned contractors and suppliers not to overprice their products because Cebuanos cannot be fooled around with. She said they will include them in the complaints. (from DRT of Superbalita Cebu/KAL/SCG)