‘Desire to be of service keeps me going’ 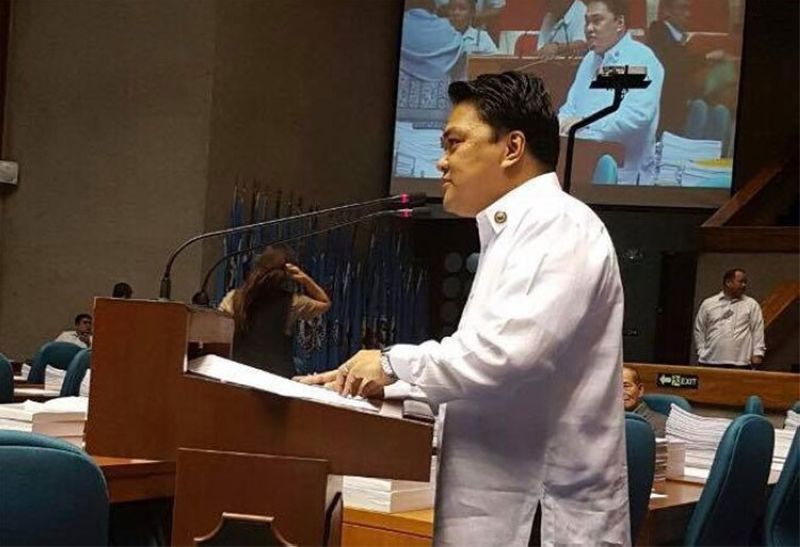 BACOLOD Representative Greg Gasataya kicked off his campaign for a second term on a high note as he bannered his co-authorship of the Free College Education Act, the 105-Day Expanded Maternity Leave Law and the Universal Health Care Law through PhilHealth. These laws, he said, will greatly benefit those in the marginalized sectors.

“It is both an honor and a rare privilege to serve the people of Bacolod for more than 15 years. It is this strong desire to be of service that keeps me going. And we could not have accomplished this much without your trust. I hope that you continue to support me in the future as we work toward the progress of our city,” said Gasataya on the sidelines of the Grupo Progreso (GP) opening salvo that started with a mass at the University of Negros Occidental-Recoletos Chapel Friday, March 29.

Thousands of supporters of Gasataya and standard bearer, Mayor Evelio Leonardia, joined the GP slate in a caravan following the afternoon mass that ended at the Pope John Paul II Tower in the Bacolod Reclamation Area.

Gasataya, a former broadcast journalist and a Communications graduate, served as a three-term city councilor and vice mayor before he was elected as the representative of the lone district of Bacolod City in the 17th Congress where he is vice chairman of the Committee on Higher and Technical Education.

With education as his flagship legislative priority, he co-authored the House version of Republic Act (RA) 10931 or the Free College Education Law with Sen. Bam Aquino as principal sponsor. He also co-authored RA 11223 otherwise known as Universal Health Care Law and RA 11210, which extends maternity leaves for working mothers. He also filed House Bill No. 6768, which calls for the establishment of mental health units in state universities and colleges.

Gasataya is also the main author in the House of the conversion of the Carlos Hilado Memorial State College into a state university with Aquino as his counterpart in the Senate.

He is also credited for the multi-million Bacolod-Negros Economic Highway and the Araneta-Magsaysay flyover.

Twice in the House of Representatives, Gasataya delivered privilege speeches to protect the sugar industry against the importation of high-fructose corn syrup and to oppose the sugar import liberalization that is feared to result in the demise of the sugar sector and affect the plight of about five million Filipinos, mostly small farmers and agrarian reform beneficiaries.