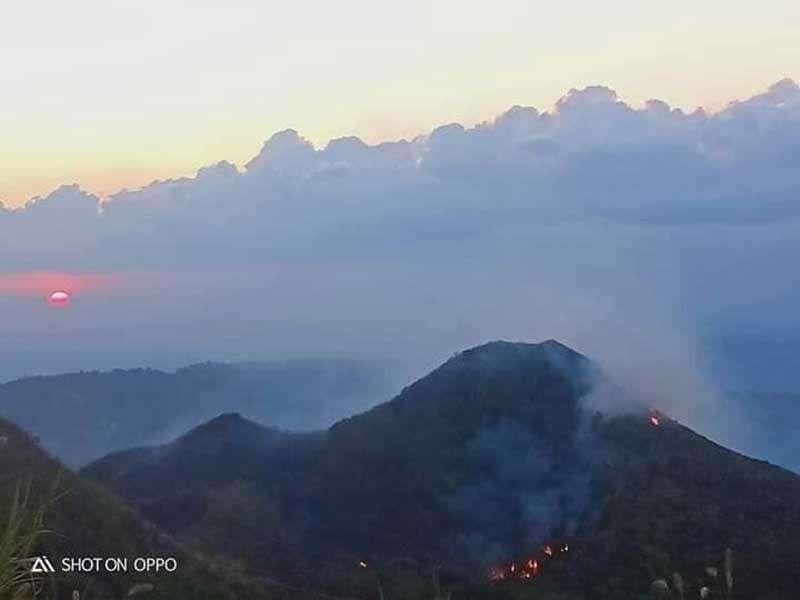 DUE to the El Niño advisory by the weather bureau, the Protected Areas Management Board (PAMB) of the Department of Environment and Natural Resources (DENR) agreed to close down Mt. Apo from any climbing activities to prevent grass or forest fire during summer months beginning April 1, 2019.

On the Facebook post of the DENR-Provincial Environment and Natural Resources Office (Penro)-Davao del Sur on March 28, it said that starting today, April 1, climbers will be prohibited from climbing the country’s highest peak because of its susceptibility to fire incident brought about by the warm weather temperature.

It is part of their preventive measure to avoid similar fire incident happened in March 2016 that razed 115 hectares of forest and grassland, blamed to irresponsible climbers.

Normally, the number of the climbers who go to Mt. Apo peaks during summer and holy week because of the long holidays.

It added that the suspension will take effect until Philippine Atmospheric, Geophysical and Astronomical Services Administration (Pagasa) lifts its advisory on El Niño in western Mindanao.

“Areas in Davao City within MANP such as Mt. Talomo shall remain closed for any commercial activities consistent with the existing local government ordinance of Davao City,” it added.

It can be recalled that all the trails leading to Mt. Apo were put under indefinite closure from all climbing activities under En Banc Resolution 1 Series of 2016 but was reopened in April 2017 with stricter measures.