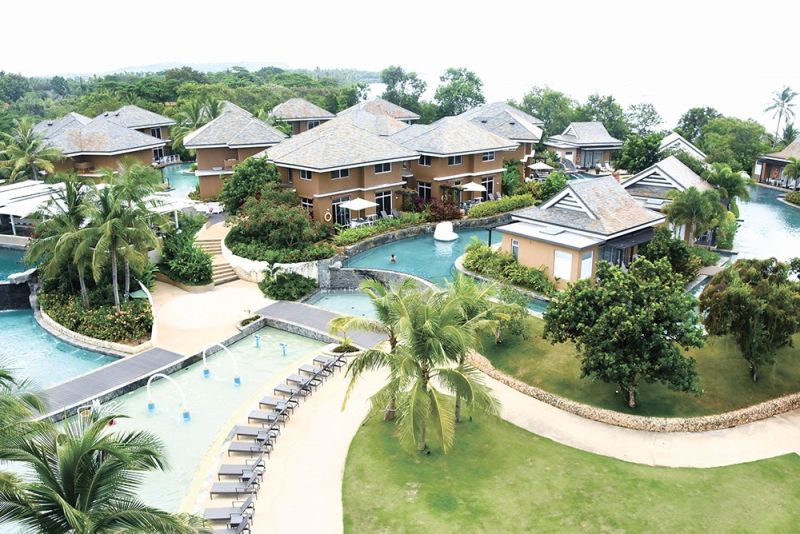 CONFIDENCE IN BOHOL. Seeing even more growth in Bohol’s tourism industry, the operators of Be Grand Resort in Panglao, Bohol will be expanding the facility this year. Enrison Holdings recently completed a major renovation for its resort in Punta Engaño, Lapu-Lapu City, Cebu. (SunStar file)

Enrison Holdings president and honorary consul of Romania Grand Benedicto said some 300 new rooms and a bigger ballroom that can accommodate up to 1,000 guests will be added to Be Grand Resort, as they gear up for robust growth in Bohol’s meetings, incentives, conventions and exhibitions (Mice) market.

Room and ballroom expansions will commence this year. Completion of these additional amenities is targeted in two years’ time.

Be Grand initially started with some 208 rooms and 19 villas when it opened in 2015 in Barangay Danao, Panglao, Bohol. It is positioned as a five-star resort in a sprawling five-hectare property.

According to Benedicto, the company’s expansion plans mirror its confidence and optimism in the growth potential of Cebu and Bohol’s tourism industry.

He said the continued influx of guests, buoyed by the direct connection of Cebu to foreign countries and the start of Bohol-Panglao International Airport operations are giving them opportunities to cash in on tourism.

Be Grand opened The Boathouse, a steakhouse and fine dining resort restaurant in Panglao in the last quarter of 2018.

“Tourism opportunities in Bohol and Cebu are astounding,” he said.

Benedicto said their continued investments and the promotion of the unique Cebuano and Boholano hospitality have also earned them global recognition.

Meanwhile, its other property Be Resort Mactan recently finished a major facelift on this 10th year.

The resort went through a major renovation, with a new entrance/drop-off, added USB plug-ins for the rooms and a ballroom that can accommodate up to 250 guests.

The company also spruced up the resort with “Instagrammable spots” that make each corner of the resort picture-pretty, as they continue to attract the millennial market.

Besides improving the existing resort facilities, Benedicto said they are planning to set up more in the key tourism destinations in the country.

“With the success of both properties, we are looking into more expansions. It is more of a question of when than where,” said Benedicto.

“We are committed to this industry. We will be surely expanding. We are eyeing destinations like Palawan, both El Nido and Coron islands, Siargao, among other key tourist areas,” he announced.

Benedicto added they are not restricting themselves to operating resorts, as they are also keen to build hotels in the city.

Besides resorts, the Benedicto family also owns office towers, a furniture export company, and a cement manufacturing firm, among other businesses.

It will erect its flagship condominium tower, Be Residences Lahug, that sits on a 3,000-square-meter property on St. Lawrence St. in Barangay Lahug, Cebu City.