PNP: Killing of 14 'farmers' in Negros 'not a massacre' 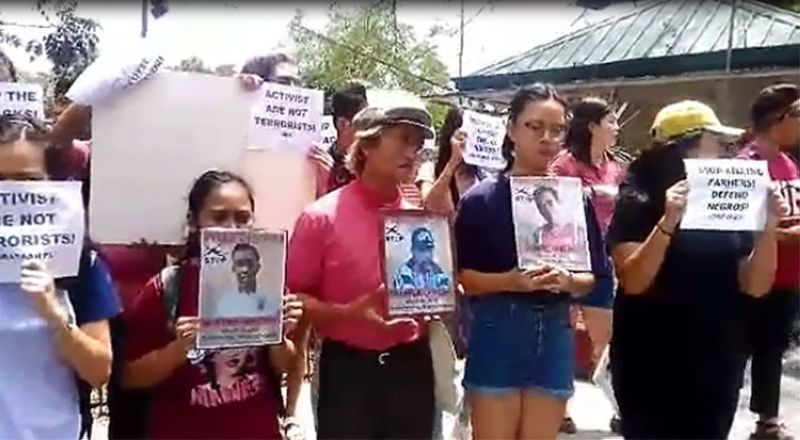 CEBU. Students from the University of the Philippines Cebu hold a protest rally Monday, April 1, in Cebu City over the killing of farmers in Negros Oriental. (Amper Campaña)

THE operations in Negros Oriental that resulted in the killing of 14 "hitmen" and supporters of the New People's Army (NPA) were legitimate and not a massacre, said the Philippine National Police (PNP) Monday, April 1.

He said, though, that while they assume the regularity of the operation, the PNP-Internal Affairs Service will conduct investigation on the possible lapses of the policemen.

A total of 14 persons -- eight from Canlaon City, four from the municipality of Manjuyod, and two in Sta. Catalina -- were killed, while 12 others were arrested during the service of 37 search warrants for alleged illegal possession of firearms.

Police said the subjects of the warrants were hitmen or farmers who support or members of the NPA and were involved in the plotting of attacks against government forces.

But human rights groups said that the slain and arrested persons were farmers and not members of the NPA.

The Commission on Human Rights has started the investigation on the matter. (SunStar Philippines)