Duterte to look into claims vs proposed 2019 budget 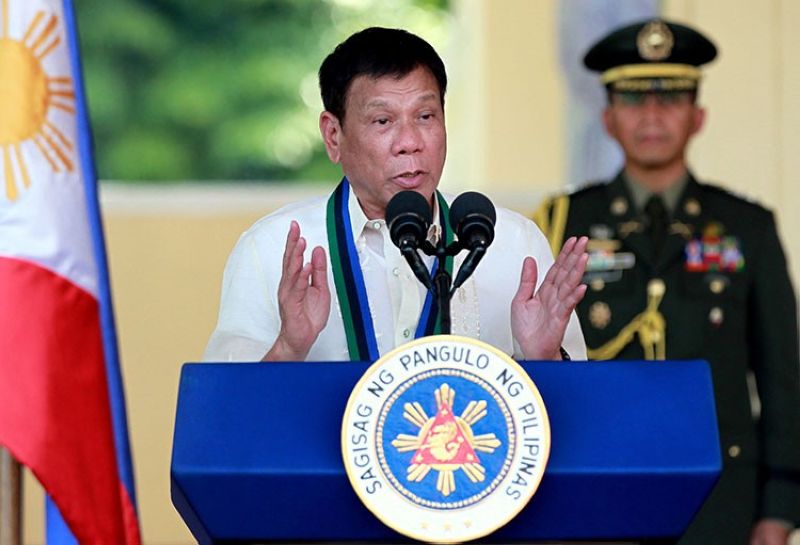 PRESIDENT Rodrigo Duterte is now doing his homework to ensure that the proposed P3.757-trillion national budget for 2019 would be compliant with the 1987 Constitution, Malacañang said on Monday, April 1.

Speaking to Palace reporters, Presidential Spokesperson Salvador Panelo said the President would also take a look at the claims by both the Senate and the House of Representatives that there were insertions and budget realignments in the 2019 general appropriations bill.

"They (the Senate and the House of Representatives) are accusing each other with certain irregularities or acts in conflict with the Constitution. They should resolve it," Panelo said.

"Meanwhile, the President, I'm sure will be factoring in all the statements made by both houses in going over the budget, and then decide for himself," he added.

This came after House appropriations committee chairperson Rolando Andaya Jr. said that the Senate "sabotaged" the priority programs of the Duterte administration by allegedly cutting down the allocation for infrastructure and other priority projects of the government.

Andaya made the statement on Monday, April 1, as the Senate has accused the House lawmakers of making some insertions and realignments in the proposed 2019 budget.

While the proposed 2019 budget spending was already transmitted to Duterte's office for his signature, Senate President Vicente Sotto III earlier urged the President to veto "unconstitutional" provisions like the realignment of a P75-billion worth of programs under the Local Infrastructure Program of the Department of Public Works and Highways (DPWH).

The House lawmaker's latest remarks prompted Panelo to once again urge the Senate and the House of Representatives to resolve the issues they throw against each other.

"Well, again, that is an internal problem. With respect to the two houses, they should resolve that," Panelo said.

"They're raising constitutional issues among themselves, and that will be factored in the consideration of the President signing or vetoing the certain provisions of the budget," he added.

Panelo, nevertheless, guaranteed that the Chief Executive would sign a "legal" 2019 budget.

He also expressed hope that the proposed 2019 budget would be signed into law anytime this week.

"Well, the President wants to have a new budget so I'm sure he is already doing his homework on that," he said.

"He is going to evaluate and scrutinize the national budget... He's a lawyer. He will know whether a document or a certain provisions in document is illegal or not," he added. (SunStar Philippines)