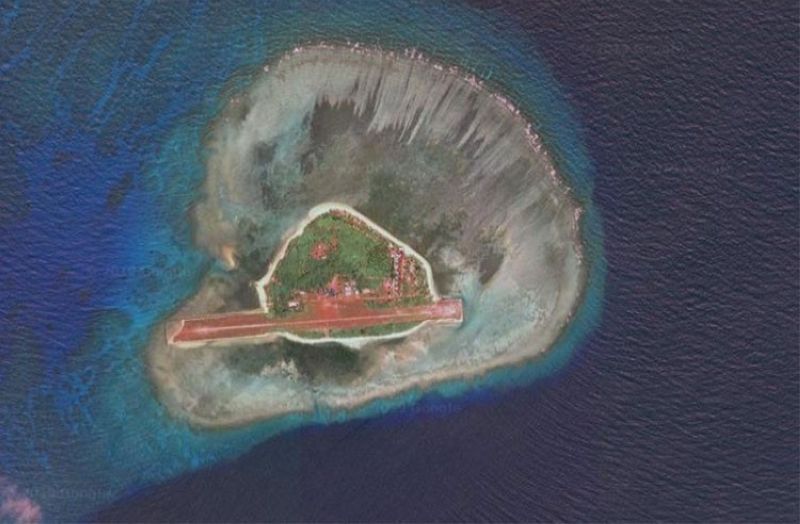 THE Philippines has lodged a diplomatic protest questioning the presence of at least 275 Chinese vessels near Philippine-occupied Pagasa Island in the disputed South China Sea.

The diplomatic protest was filed by the Department of Foreign Affairs (DFA), after the military has monitored some 275 Chinese vessels sailing near Pagasa Island from January to March this year, Presidential Spokesperson Salvador Panelo told Palace reporters Monday, April 1.

Citing report from the Western Command, Panelo said the Chinese ships were found to be "stationary," staying near the Philippine-claimed island between a day and a week.

"They're just stationary there. Kung minsan nga, one day. Kung minsan one week (Sometimes, they are there for one day, sometimes, for one week). But they are not circling," the Palace official said.

The military earlier raised worry over the presence of Chinese vessels near the Pagasa Island.

The report came, as China continues to ignore the July 2016 arbitral ruling, favoring the Philippines and invalidating Beijing's sweeping claims to the resource-rich South China Sea.

Panelo, who is expected to meet Chinese Ambassador to the Philippines Zhao Jianhua at Malacañan Palace on Monday afternoon, April 1, said he would raise the issue and "politely ask" the Chinese government to act on it.

"The mere fact that they are there and they're just staying there for a week, bakit (why)? Anong ginagawa niyo doon (What are they doing there)?" he said.

"We will ask them first why. First, if they acknowledge such fact as determined by us. Number to, ask them why are they doing it. Number three, we will politely ask them not to do what they are doing," he added.

Asked if the Palace sees something wrong with the presence of Chinese ships in the disputed waters, Panelo said, "Definitely."

The Palace official also stressed that the reported surge of Chinese vessels near Pagasa Island concerns the Duterte administration.

"Anything that concerns the security of the Philippines will always be a concern," Panelo said.

"We've already done our part. Let's see how they will respond to the diplomatic protest," he added. (SunStar Philippines)