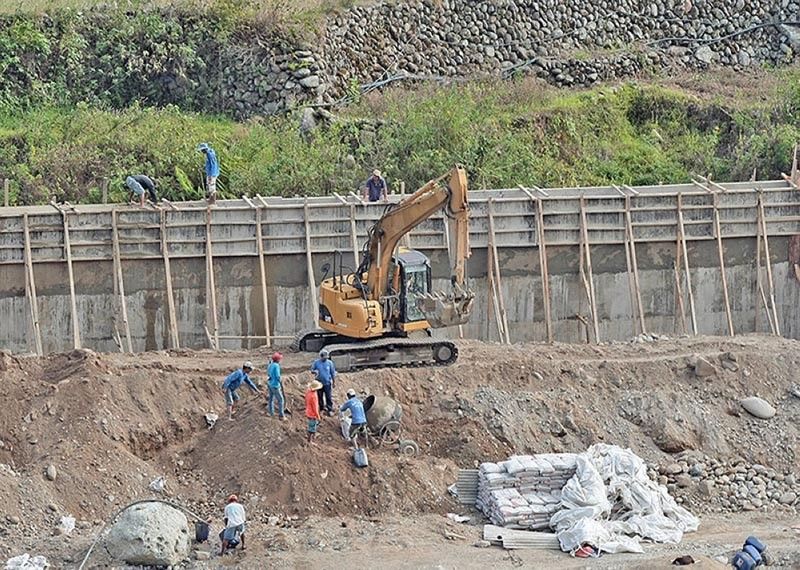 CORDILLERA. Workers build a retaining wall for the Chico River in Bontoc, Mountain Province in this file photo taken in May 2018. (SunStar Baguio File Photo)

Zarate said the case to be filed before the SC on Wednesday, April 3, will challenge the constitutionality of the loan agreement between the Philippines and China in the hope of getting the high court to issue a temporary restraining order (TRO).

During the Bayan Muna Cordillera Regional Assembly, Zarate said he will question the constitutionality of making patrimonial assets as collateral as well as the agreements on automatic appropriation which takes away the power of the purse from the Congress.

Earlier, Supreme Court Associate Justice Antonio Carpio expressed alarm over the deal between the Philippines and China saying it is advantageous to Beijing while Manila risks losing control over the gas reserves in the contested areas of the West Philippine seas.

The 20-year loan deal for the Chico River Pump Irrigation Project (CRPIP) was signed by Ambassador Extraordinary and Plenipotentiary of China Zhao Jianhua and Finance Secretary Carlos Dominguez on April 3, 2018.

The project seeks to create canals diverting the water from the Chico River into 7,530 hectares of farm lands in in Tuao and Piat, Cagayan and 1,170 hectares in Pinukpuk, Kalinga.

According to the Department of Finance, the interest rate on the US dollar-denominated loan is two percent per annum. It has a maturity period of 20 years including a seven-year grace period.

The CRPIP is the first flagship infrastructure project under the Build Build Build program to be financed by China.

The Cordillera People’s Alliance also slammed the project for failure to conduct a Free Prior and Informed Consent (FPIC) to date.

CPA cited numerous Cordillerans who offered their lives to save the Chico River and affirmed that the struggle to keep the area safe from exploitation is alive.

It can be recalled that Macliing Dulag died fighting against the construction of the Chico Dam. Dulag was killed on April 24, 1980, after soldiers belonging to the Philippine Army’s 4th Infantry Division fired at his home in Bugnay, Kalinga.

Dulag has been hailed a hero and his death led to the celebration of Cordillera Day.