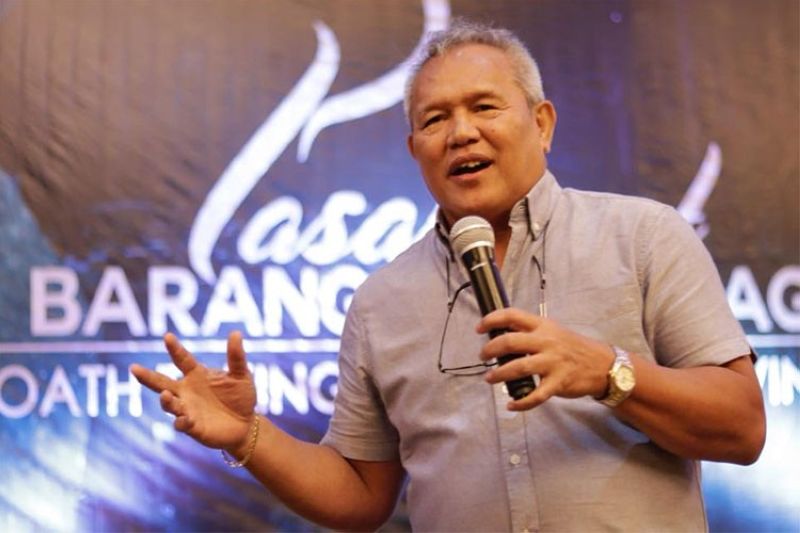 CAGAYAN de Oro City Mayor Oscar Moreno kept his speech simple during the opening salvo of their party on Saturday, focusing only on his accomplishments and plans, while his ally City Councilor Zaldy Ocon did not hold back against mayoralty candidate and Moreno's rival, Jose Gabriel "Pompee" La Viña, and revealed the various charges thrown at the latter.

La Viña belied the allegations, saying these were “old” and “rehashed”.

He maintained that he does not have any graft and corruption case as evidenced by the clearances from the Office of the Ombudsman, Sandiganbayan, and Civil Service, during his short stints as commissioner of the Social Security System (SSS), and undersecretary of of the Department of Tourism and Department of Agriculture, respectively.

Ocon alleged that La Viña overpriced the media package rates to promote SSS programs in various television and radio stations. He also said an estafa complaint had been filed against La Viña.

But the re-electionist councilor also showed canvass offers from the media entities where La Viña allegedly wanted the SSS media placements to indicate a much lower price of P9.395 million.

This means, he said, that La Viña may have allegedly overpriced the project by P13,556,000.

Ocon’s document also included an incident report which accused La Viña of manifesting “conduct unbecoming of a government official” and a petition for his ouster by SSS employees. La Viña served as commissioner of the SSS from November 2016 to February 2018.

After his P26-million proposal was disapproved due to objections from the Public Affairs and Special Events Division of the SSS, La Viña allegedly subjected its key officers to verbal abuse, based on an incident report dated September 19, 2017.

Ocon also said he has copy of a complaint against La Viña for a P22-million estafa case.

(I was just silent, but La Viña made a remark that Zaldy Ocon is said to be an addict, and he wanted me arrested. Maybe he is just in love with me. If they were able to humiliate mayor Moreno, it is just the same he humiliated me because we belong to the same party)

La Viña dismissed these allegations and instead reminded Ocon and his party that their head, Moreno, has more cases pending at the courts.

"In contrast, Ocon's master, Mayor Moreno, has more than 100 cases filed against him, three for plunder, including the 22 for which he is undergoing trial at the Sandiganbayan," La Viña said.

"He is due for suspension by the Sandiganbayan as early as tomorrow (April 2). The rest of his cases are at the Ombudsman who has ordered his dismissal several times, the Supreme Court, Office of the President and the Comelec (Commission on Election). Only a handful have been dismissed, not most of them as his camp would have us believe," he added.

Meanwhile, La Viña said the SSS allegations are "old rehashed propaganda by the SSS mafia" after he filed cases against them.

"Not a single case has ever been filed by them against me, something they would have definitely done by now if there was any basis to do so," he said.

The mayoralty candidate said President Rodrigo Duterte has long cleared him of the allegations, and promoted him instead as undersecretary of Tourism.

On the other hand, the estafa case against him had been dismissed, La Viña claimed.

The case was filed by Anna May Singh Timbol from Quezon City. The complainant alleged that she was convinced by La Viña to buy the latter's majority shares from his two corporations, amounting to P22 million. The said corporations were Kia Diliman, Inc., and Texhoma Trading Corporation. The case stemmed from a 2012 transaction.

In Tambol's affidavit of complaint, stamped as received by the Office of the Prosecutor on March 4, 2014, she claimed that when she assumed as president and chief executive officer of Kia Diliman after buying La Viña's shares, she noticed that there were no records of previous transactions.

"All file drawers were empty except for unused official receipts, invoices, vehicle delivery receipts, and provisional receipts for future transactions," the affidavit stated.

Tambol also learned that Kia Diliman is not engaged in a dealership, which is contrary to what La Viña allegedly said, and the same company has violated some Securities and Exchange Commission regulations.

La Viña clarified that these were old issues, and that the complainant's daughter also faced cases.

"In contrast, Ms. Singh's daughter is currently on trial for 2 criminal cases filed by the fiscal; for perjury and falsification of public documents. In any case, all these were a result of a private transaction that did not involve any government funds," La Viña said.