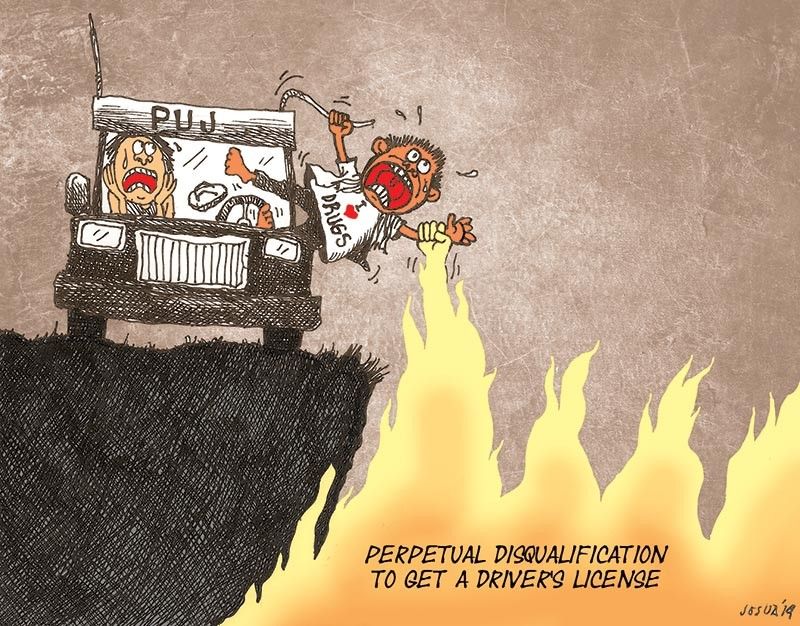 IT IS only right that drivers who are found positive of illegal drug use are apprehended. We cannot entrust the lives of the commuting public on someone not in the proper frame of mind.

But here’s a story.

We know of not a few persons submitting themselves to community-based, church-led rehabilitation programs for drug dependents. Despite the persistent pull of the old vice, these persons keep themselves seated for hours in the anonymous circle, sharing their stories of downfall from cyclic drug use, family breakups, career damage, among others.

We see these people trying to make sense of their state, aching to re-establish connections with families and communities who are hard-wired with the perception that drug dependents are thoroughly evil and ought to be banished from the face of the earth.

In one of the programs in a barangay in Cebu City, the post-program hand-holding came by way of free education under the Technical Education and Skills Development Authority (Tesda) and monetary support for the recovering drug dependent. Unfortunately, there is only a handful of takers since the supposed allowance that they get while finishing a vocational course only suffices for the daily expenses of the student. Some of the drug dependents were breadwinners with children, and the need to make a living was rather urgent. The need to find a job was of utmost priority.

What is, however, evident in some of the graduates was the willingness to get healed completely, to pull their lives back together, to pick up, find a job and reclaim their lives.

The Land Transportation Office (LTO) in Central Visayas cited the Anti-Drunk and Drugged Driving Act, saying professional drivers who tested positive of illegal drug use will lose their license and will not be allowed to have one again for life.

Recently, seven drivers tested positive of drug use during a random confirmatory test among commercial and public utility vehicle drivers. Cases will be filed against them, said the LTO 7.

You can imagine seven dysfunctional persons stripped of any bit of hope for help only because we have a law that sees the likes of these seven individuals less human, just toxins down the bin. Imagine the spiral descent, and the community being the prime enabler.

There’s a thing called second chance and there’s a notion about being humane about frailties, flaws. Today’s dominant narratives are those of hate and blood-thirst. The counter, the push back is one of the humanist kind. Perhaps, some imaginable ways can be had to help these people.