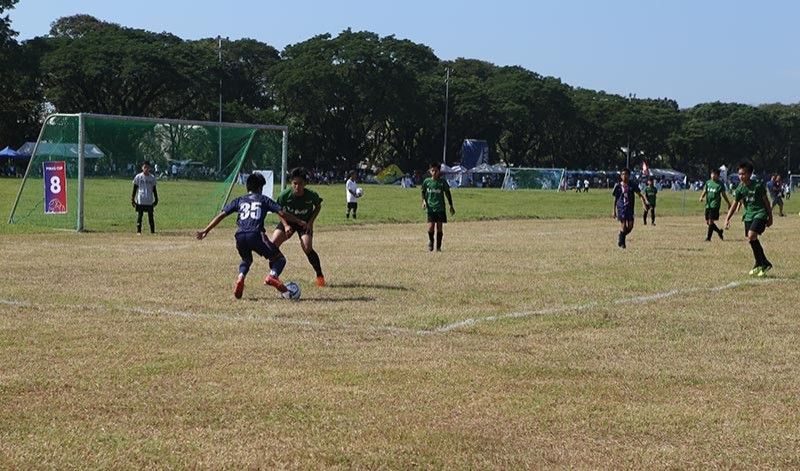 PAMPANGA. Clark recently hosted the third annual Pinas Cup, a soccer tournament participated in by 2,500 athletes from 115 teams from countries across the globe, making Clark a top sports events destination.

CLARK FREEPORT -- From being an exclusive venue for recreational activities of United States (US) troops, Clark has been transformed into a premiere training area for national athletes and a preferred location for various sports activities.

During the time of the American forces here, the facilities inside the former military base were for the exclusive use of the troops. The Challenger Field was a site for football while basketball at the gymnasium was for the famed Clark Diplomats, the official squad of the US 13th Air Force.

The sport of baseball was then held at the so-called Astro Park (now Bayanihan Park) at the main gate and the games were limited to US military personnel.

As the former Clark Air Base proper became Clark Freeport Zone, it was transformed into a premiere business and leisure hub that is considered as an ideal location for diplomatic summits, business conferences, professional, amateur sports to fun games. This year, it will serve as the main hub for the upcoming Southeast Asian (SEA) Games 2019.

As a sports and tourism destination, various activities including fun runs, marathons, triathlon, duathlon, football, softball, rugby, bicycle events, and international motor shows among others are being held here. The Clark Parade Grounds (CPG), for example, is home to weekly fun runs, other running events and marathons.

These events are all joined in by Filipino and foreign athletes and sports enthusiasts. CPG is also host to a rare sporting event in the Philippines – Cricket. Last November 2018, the Philippine International Cricket 6S tournament was held there.

Clark is also instrumental in producing top caliber athletes. It became the training area for the country’s triathlon team who won the Gold and Silver medals in the 2017 SEA Games in Malaysia. Where did Nikko Huelgas and John Chicano train for the swimming part when Clark is a landlocked tourism and investment center? National triathlon coach Melvin Fausto, a local resident, made them hundreds of laps at the Olympic-sized pool of Fontana Leisure Park.

Some athletes that represented the Philippines in the baseball tournament circuits in Asia Pacific Baseball – whether little or senior leagues also trained in Clark. In 2016, in fact, the Asia Pacific Senior League Baseball was held at the Clark International Sports Complex inside The Villages.

Most recently, Clark hosted the third annual Pinas Cup, a soccer tournament participated in by 2500 athletes from 115 teams from countries across the globe. In October last year, some 5,000 bikers from all over the Philippines also converged in Clark in an attempt to establish a world record for the longest single line of bicycle parade.

Along with these, the Bases Conversion and Development Authority (BCDA) is also gearing up for the New Clark City (NCC) as an official site for the Aquatics and Athletics games for SEA Games 2019. NCC features various facilities including the Athletics Stadium, a 20,000-seater Class 1 International Amateur Athletics Federation (IAAF) - certified Olympics stadium with 9-lane 400-meter track field oval, the Aquatics Center which is a FINA-certified arena with 10-lane Olympic size swimming pool, diving pool and warm –up training pool and the Athletes Village which will serve as a home for national athletes and coaches.

These and other developments were made to fit every athletes’ needs in preparation for national or even international competitions.