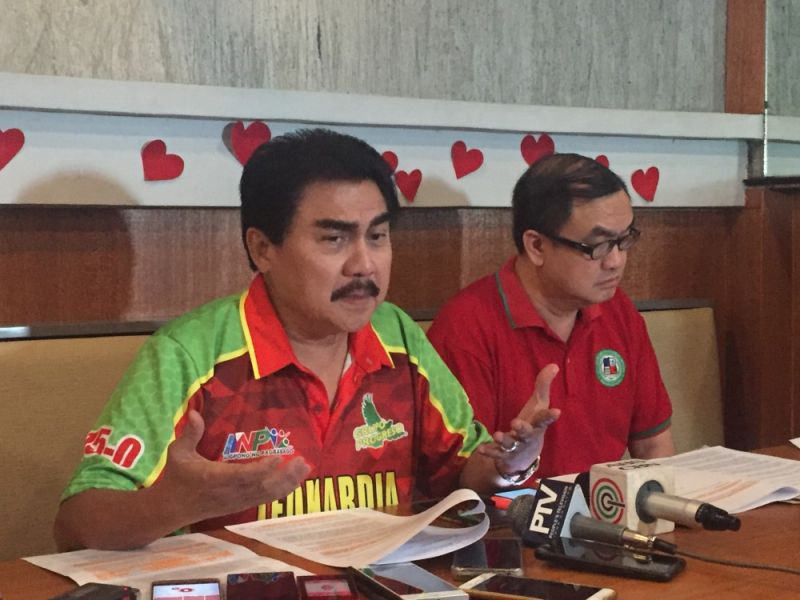 “THE denial of the temporary restraining order (TRO) has given us added momentum in our campaign. This is a moral and political victory for us, the Grupo Progreso.”

This was the statement of reelectionist Bacolod City Mayor Evelio Leonardia of Grupo Progreso (GP) Monday, April 1, after the Regional Trial Court Branch 44 denied the petition with prayer for TRO and or preliminary injunction filed by opposition candidates against the city officials, City Hall executives, and the Development Bank of the Philippines (DBP) related to the City’s P1.7 billion loan.

“It is like fuel to accelerate the momentum of our campaign,” Leonardia said.

The four-page decision was signed by Presiding Judge Ana Celeste Bernad on March 28.

The order stated that the Court finds no cogent reason to grant the application for TRO for lack of legal basis.

Leonardia said Batapa-Sigue and Sayson would probably not have filed the case if they were not running.

“They only filed the case so that it can be added on their propaganda mileage,” said Leonardia.

He added he is also happy that the Court acknowledged that no local government unit can survive the pressing challenges of time and can withstand economic downfalls without relying on any loan assistance from the government, or in any banking institution.

Most of the projects were already bid out.

For his part, City Legal Officer Joselito Bayatan said that the complainants are simply obstructionists and anti-development.

He said the complainants appeared to be anti-poor when they wanted to stop the development of the relocation site of the less privileged and homeless constituents of Bacolod City, especially those who are relocated at Progreso Village.

“They are also anti-education and anti-human development when they obviously wanted to stop the expansion of the Bacolod City College that needs additional classrooms and facilities because of the expected increase of its student population. By school year 2019 alone, there is an expected increase of enrollees of no less than 3,000 students,” he also said.

The complainants are also against public convenience and multiplier effect of economic progress, as they want to block the infrastructures in the expansion of roads and bridges, not only to ease up the traffic problem and to encourage investors, but notably, they are exposing their opposition to the “Build, Build, Build” program of President Rodrigo Duterte as a matter of national policy, Bayatan stressed.

He said the complainants are also anti-culture and anti-social development, as they do not want the City to promote its culture in the construction of the Bacolod MassKara Coliseum. We can note that if the coliseum may not be made possible by following the obstructionist acts of the complainants, the City stands to lose the recent donated property of the Yanson family at which this edifice, along with the Bacolod museum and auditorium, will be built.

The donated property has an estimated value of about P800 milion and may just evaporate by the revocation of the donation if the City fails to build the coliseum and museum in the said property.

Bayatan disclosed that Batapa-Sigue and Sayson were insensitive and indifferent to their constituents yet they still have the urge to run for public office.