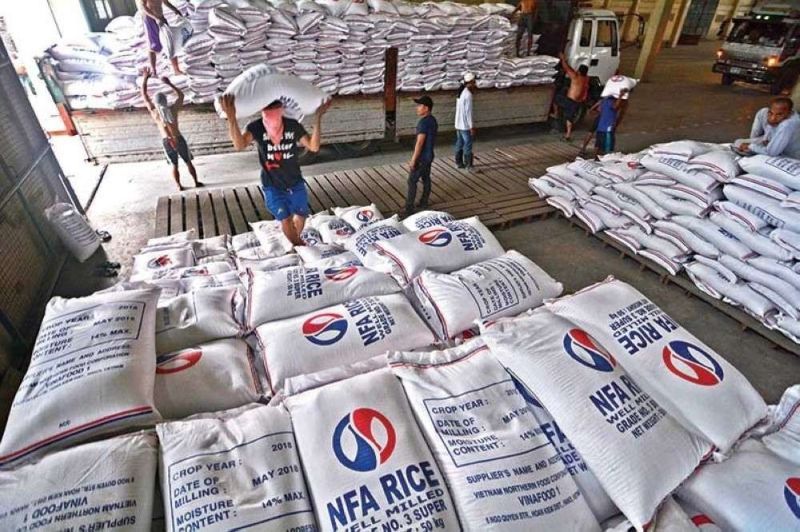 THE implementing rules and regulations (IRR) of Republic Act (RA) 11203, or the Rice Tariffication Act, has already been signed, Malacañang said Tuesday, April 2.

The signing of the IRR was announced during President Rodrigo Duterte's meeting with Cabinet officials at Malacañan Palace on Monday, April 1, Presidential Spokesperson Salvador Panelo said.

Panelo said the rice tariffication law's IRR would create a rice industry roadmap that intends to develop the particular sector.

"The implementing rules and regulations of the Rice Tariffication Act for Rice Industry Modernization was likewise tackled," Panelo said.

"The IRR is already signed by the Neda (National Economic and Development Authority) and the DBM (Department of Budget and Management) while it is still pending with the legal department of the Department of Agriculture (DA). The IRR is expected to formulate a rice industry roadmap for the development of this sector," he added.

RA 11203 lifts import restrictions on rice to make the price of stable affordable.

The law also strips the National Food Authority (NFA) of its regulatory functions over international and domestic trading of rice.

Some provisions of the Rice Tariffication Act are already being implemented even sans the IRR.

The Neda earlier explained that some provisions are immediately executory even without the IRR, such as the removal of the regulatory functions of the NFA and the imposition of the tariff rates.

Panelo said the proposed EO seeks the creation of an inter-agency task force that would look for ways to end hunger.

"In a bid to fast track the government’s campaign to fight hunger, Cabinet Secretary Karlo Nograles presented the proposed EO on the creation of an Inter-Agency Task Force on Zero Hunger," he said.

"The task force will be composed of 36 agencies," Panelo added. (SunStar Philippines)