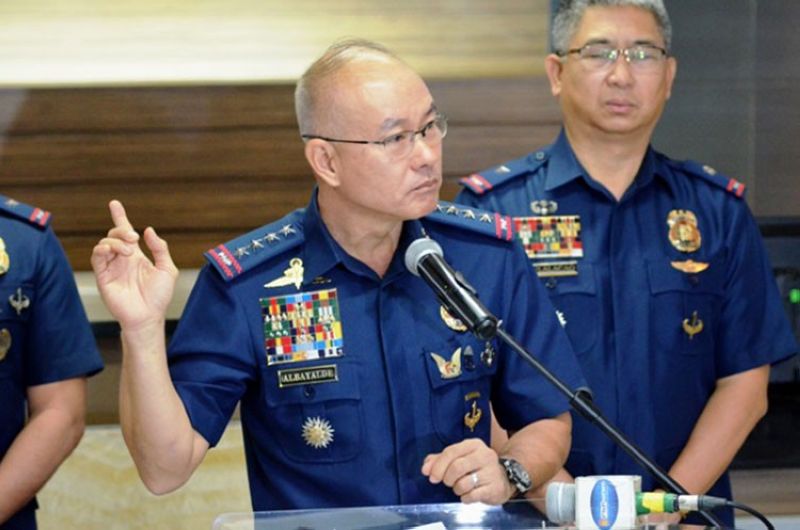 PHILIPPINE National Police (PNP) Chief Oscar Albayalde ordered Tuesday, April 2, the relief of the Negros Oriental police provincial director and three other chiefs of police due to the killing of 14 people in separate operations in the province over the weekend.

Their relief, which is effective immediately, was ordered to give way to an impartial investigation, said Albayalde.

A total of 14 people -- eight from Canlaon City, four from Manjuyod, and two in Sta. Catalina -- were killed on March 30, while 12 people were arrested during the service of 37 search warrants for alleged illegal possession of firearms.

Police said the subjects of the warrants were hitmen or farmers who support or members of the New People's Army (NPA) and they were involved in the plotting of attacks against government forces.

Human rights groups said, however, that the slain and arrested persons were farmers and not members of the NPA.

Albayalde said he also ordered the Internal Affairs Service and the Directorate for Intelligence and Detective Management to conduct an investigation on the matter.

Earlier, Albayalde said the operations were not a massacre as claimed by several human rights and leftist groups.

Meanwhile, Local Government Secretary Eduardo Año said they will provide legal defense for the PNP personnel who took part in the operations.

Año vouched for the legality of the operations, saying they were “completely aboveboard and covered” by search warrants.

“We stand by our police officers and we will provide them with the best legal defense to help them overcome whatever legal challenges that may arise as a result of several Negros Oriental operations,” he said.

“Our law enforcers acted professionally and in accordance with the law during the conduct of police operations in Negros Oriental. They simply returned fire when the subject of the search warrants engaged them in a shootout,” he added.

Año said the claim that it was a massacre is a part of the “typical disinformation and propaganda campaign” of the communist rebels, as well as their front organizations in order to portray government in the baddest light even in the face of evidence to the contrary.”

“How can they say there was a massacre when some 12 other suspects were arrested during the operations? Halatang-halata na naman na pilit na sinisiraan ng mga makakaliwa ang pamahalaan at pumopostura na naman sila na kakampi ng mamamayan,” said Año.