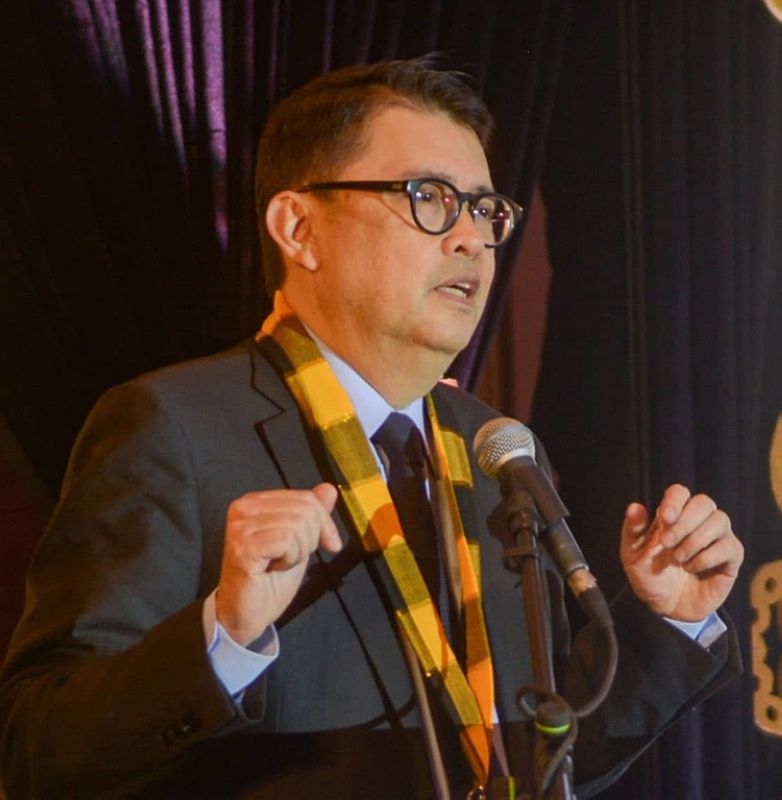 CEBU. Joey Concepcion, Presidential Adviser for Entrepreneurship, said the creation of new airports in the country will usher in more tourists, especially in the areas considered untapped in terms of tourism ventures. Concepcion served as keynote speaker during the general membership meeting of the Cebu Chamber of Commerce and Industry (CCCI) on Tuesday, April 2. (SunStar Cebu/ Arni Aclao)

AN ADVISER for President Rodrigo Duterte believes the creation of new airports will usher in a more aggressive economic activity that will drive the nation.

During the general membership meeting of the Cebu Chamber of Commerce and Industry (CCCI) on Tuesday, April 2, Presidential Adviser for Entrepreneurship Joey Concepcion said airports would mean connectivity that will open up the tourism businesses in the country, particularly in the least developed islands.

"Tourism is the most inclusive sector. In Cebu, tourism is natural because you have creative people and you have the airport," Concepcion said.

Based on the Department of Tourism's figures last year, only 7.1 million foreign tourists visited the country compared to Thailand's 38.4 million tourist arrivals and other neighboring Asean countries.

He said that aside from having the greatest handicraft of locally-made products, the country also boasts of beautiful beaches and marine life which can be tapped to attract more foreign tourists.

He reiterated that even if some areas in the country are geographically separated by islands, tourism will still thrive if natural resources are taken care of through sustainable practices.

Concepcion also praised the Mactan Cebu International Airport (MCIA) for serving as the entry way for international tourists in Cebu.

The two cities were hailed as the top destinations in Central Visayas.

Concepcion said tourism plays an important role in the economic ecosystem of a city and if tapped properly, will help communities when it comes to income generation.

With this, foreign tourists from China, Japan, Korea, the United States and Europe, among others, are expected to flock Cebu as more direct flights are planned to be established.