Starting out miles from home 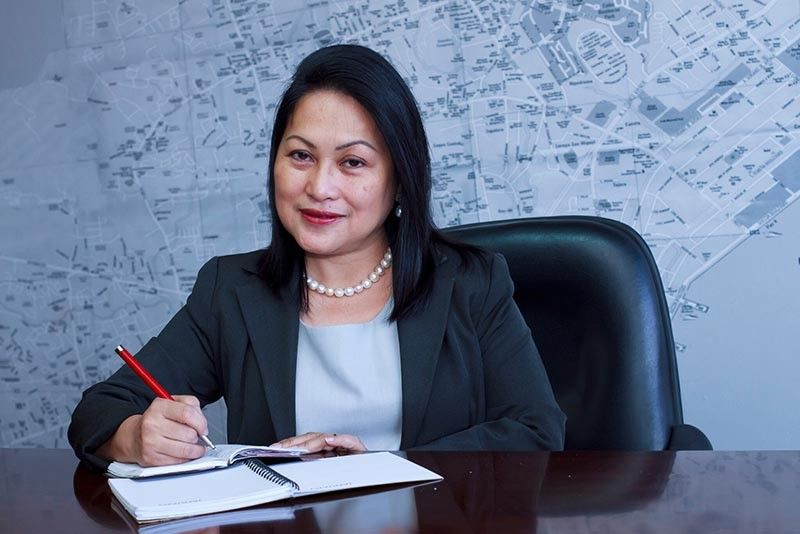 WOMAN ON TOP. Ma. Teresa Beltran-Chan not only took a chance on business process outsourcing, she was also the first woman to lead the Cebu Chamber of Commerce and Industry. (Contributed photo)

For some, the dream to be their own boss was triggered by hardships in the past. Some bumped into it by accident, while some needed to leave their comfort zones and bravely build meaningful relationships in a new place.

The latter is the story of business owner Ma. Teresa Beltran-Chan, whose big break in business took place in Cebu, an island over a thousand kilometers away from her hometown of Bataan.

Her secret is keeping a healthy customer relationship with every client she meets, something she acquired during her time working at the Philippine National Bank (PNB).

Chan and her family moved to Cebu in 1987 when her husband David, who is from Mindanao, found a business opportunity in Cebu as a contract grower for chicken for a big conglomerate.

The couple met in Manila during their post graduate studies in Asian Institute of Management (AIM), and initially settled in the country’s capital. Chan worked in the bank while David ran several businesses.

When they moved to Cebu some 32 years ago, the couple practically knew no one except for David’s sister, who had married a Cebuano.

“We aren’t from Cebu but we found a home here,” said Chan, a past president of the Cebu Chamber of Commerce and Industry (CCCI).

She was offered a job in PNB-Cebu, the third biggest branch in the Philippines at the time, when the head office learned she was relocating.

She became the bank’s senior assistant manager and eventually got promoted to assistant vice president. Chan represented PNB Cebu in the Cebu Chamber of Commerce and Industry when it joined in 1994.

Chan’s charming and smart personality allowed her to gain and expand her network, many of whom eventually became her friends and business partners.

“It was a difficult start at first. I was new here, but my PNB co-workers warmly welcomed me, and they immediately became like family. They helped me adjust to Cebu’s way of living and business practices,” she said.

Chan took PNB’s early retirement package in 2001 after serving the bank for 17 years, but she remained in the radar of Cebu’s business community, getting involved in business and community organizations.

After leaving the corporate world, Chan ventured into franchising and opened STI Mandaue in 2008.

A year after, she diversified her business and set up a small-scale contact center business named E-Asiatech Solutions Company, making use of the school’s computer laboratory at night.

She is one of the local pioneers in Cebu’s contact center industry. She initially hired 40 employees, which was trimmed down to 20 due to the low quality of communication skills.

While working at growing her humble venture, Chan never left the business chamber. She remained proactive in helping the chamber execute its activities. Because of her notable and active participation, she was offered various chamber roles.

Chan became vice president for finance and membership before she took on a big role as the first female CCCI president from 2014 to 2016.

She also spread her wings and became active in organizations in Cebu like Financial Executives Institute of the Philippines, Zonta International and Federation of Organized Women Active and Responsible to Development.

“I initially did not plan on settling in Cebu, but life led us here. My advice is to find what lights you up, keep your focus and see unexpected success,” said Chan.

I’m a certified public accountant. I graduated in St. Scholastica’s College in Manila. Right after college, I joined Human Settlements Development Corp. as a senior financial analyst, after which I became a cost accountant of Petro Chemicals. Then I left the corporate world and became a full-time student at Asian Institute of Management for two years. That’s where I met my husband.

After AIM, I joined the Philippine National Bank in 1982 until my retirement in 2001. But in between those years, I resigned from PNB to start my small export business but went back to the banking job again.

Working in the bank that time was a wiser move. It was the kind of job that did not stress me out because my job ended after leaving the office.

I was the only professional in the family. My siblings and parents were all into business. I grew up helping my mom and dad in our real estate business in Bataan, running some errands and accompanying them to the site.

My dream to run a business on my own had long been there. As I child I dreamed of becoming an entrepreneur. However, unlike others who immediately jumped into their dream, I took a different pathway first to prepare myself fully for the path where God wanted me to flourish.

Entrepreneurship was something I was always destined for. But it took me a while to go full-time, although when I was in Manila, I got into a small-scale export business selling Christmas decors. It did not take off though because just when we were preparing for the big expo, the news about us relocating to Cebu came.

My principle was that you should devote your time first to your employer because that’s a contract that you signed between you and the company (your employer).

It would also be too demanding to juggle both, being a banker and an entrepreneur, when I also had other responsibilities at home as a wife and a mother.

So, when I finally decided to retire early, I got to do other things—like building my own business.

I got into the call center business at the time when the industry was taking off, amid the global economic slump. Opportunities for outsourcing services were plenty, and the Philippines at that time was aggressive in snatching a good share in the pie. It was good timing to invest when the industry was at its infancy. There was a big room for growth.

I started off with 40 people operating in STI Mandaue’s Library at night until we were able to gain clients and the number of workers leapfrogged to 60 agents. That’s when we moved to a bigger location. Then it grew to 200 agents. Now we are going to 300.

We are now looking for a property where we can build our own office building, in anticipation of the sustained growth in business.

My rich background in the banking industry helped me grow my contact center business. Because I was trained to double-check facts and scrutinize details and read people, we saved the company from unscrupulous individuals.

Many small-scale firms that time were cheated by brokers who promised to give inbound clients but after paying them hefty amounts, nothing happened. Some stopped their operations.

Failures are all part of the growth. Failures in business are stepping stones. You learn from each mistake you make, and mistakes help you become better every day.

There are plenty of things to learn to be successful in business—first, you’ve got to have focus. Don’t be easily discouraged by what others say or think about you or your mistakes. Instead, get back up and try again. You’ve got to keep moving forward.

If you are still an emerging entrepreneur, live simply. Brands don’t define us but the kind of life we live.