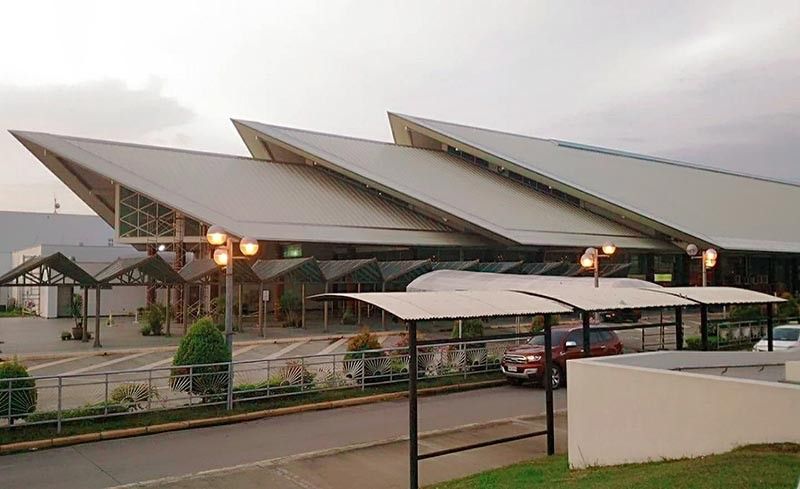 A DAVAO City councilor said the proposed development of the Davao International Airport is deemed urgent due to the increasing traffic volume which has already exceeded the facility's designed capacity.

Councilor Jesus Joseph Zozobrado III, chairperson of the public works and highways committee, said in a privilege speech at the City Council that passenger traffic at the airport hit 4.2 million in 2018, higher than its two million to three million capacity.

"We have all experienced the congestion in the passenger terminal building and have seen trucks queuing towards the cargo terminal," Zozobrado said.

He cited other problems such as poor air-conditioning, malfunctioning toilets, frequent breakdown of security equipment and lack of retail options.

With the recent policy from the Department of Transportation (DOTr) that encourages private sector participation in airport operation, Zozobrado said that this would allow inflow of private sector investment in capacity augmentation and improvements so that government could focus on other social development projects.

Udenna Corporation, which presented an unsolicited proposal to develop, operate and maintain Davao airport under the public-private partnership (PPP) scheme, is awaiting the result of the evaluation being conducted by the National Economic and Development Authority (Neda).

The air transport movement (ATM) would also have 35 per hour, from the current 9 per hour.

Manuel Jamonir, Udenna Infrastructure Corp. business development manager, said that the current location of the airport, which is along Daang Maharlika Highway, Buhangin, can still be upgraded.

Councilor Danilo Dayanghirang raised his suggestion to find a new location for the airport, which he said, is a welcome plan.

"We hope this would materialize before the year ends so that we could already start the construction phase by next year," Jamonir said.

He said that they were still finalizing the architectural design.

"We wanted to have a design that is distinctly Davao and would give more convenience to the passengers," he added.