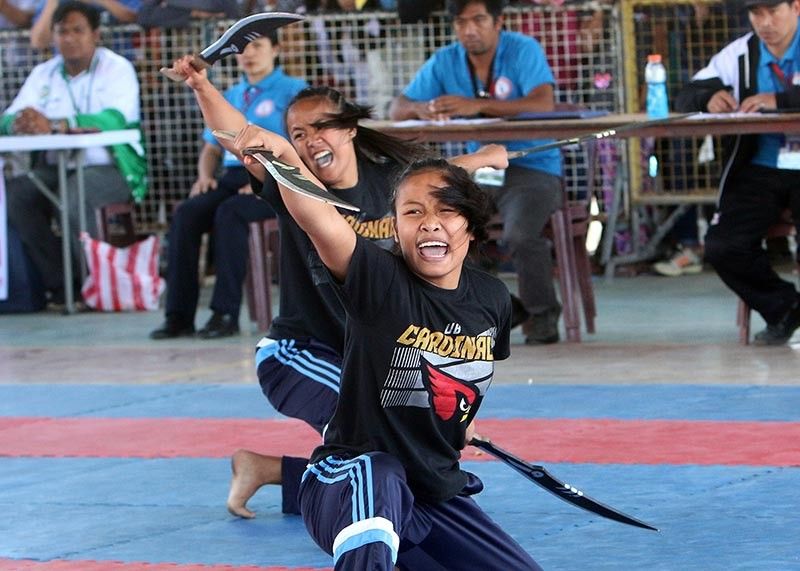 SEVEN Cordillerans are set to represent the Philippines in arnis when it hosts the 30th Southeast Asian (SEA) Games from November 30 to December 11.

Expected to see action in the biennial meet are Jhester Neil Pasicolan, Elmer Manlapas, Abegail Abad, and Eza Rai Yalong who will be part of Team A while included in Team B are Kevin Balansi, Danilo Cuh-pag, and Ruth Ann Lavarias.

According to Palarong Pambansa bound elementary arnis coach Orden Cayso, the local arnisadores were veterans in local competitions such as Batang Pinoy and Philippine National Games including the annual Palaro where they reaped gold medals not only for Baguio City but for the Cordillera region.

Cayso added the seven arnisadors are just some of the many Cordillerans who have represented the country in international competition. Other combative sports such as judo, karatedo, taekwondo, muay thai, wrestling and wushu has been consistent in producing top caliber athletes from the region.

Gumuwang added the physique of Cordillerans, who are used to walking and hiking mountains while carrying loads, is a big factor in the physical qualification requirement for combative sports.

It can be recalled that Baguio City was also eyed as a venue for the conduct of high-altitude training for the country’s athletes particularly arnis.

Senator Juan Miguel Zubiri, president of the Philippine Eskrima, Kali and Arnis Association of the Philippines during the Batang Pinoy National Finals in 2018 hosted by Baguio and Benguet recommend to arnis athletes who will be chosen to represent the country in the biennial meet will undergo the six-month rigid high altitude training in the country’s Summer Capital.

Cayso said with the seven arnisadors competing in the international scene, local athletes are expected to be inspired and aspire to be part of the Philippine team.