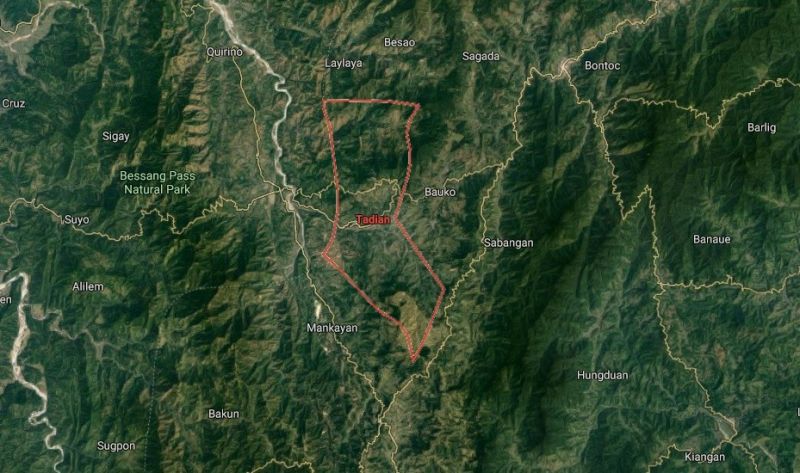 ANOTHER policeman was killed while nine others were injured in an accidental explosion of an improvised explosive device (IED) between the area of Tadian and Bauko, Mountain Province in the evening of April 2 allegedly planted by members of the New People’s Army.

“In April 1, our operatives from the PNP and AFP were alerted after finding an IED which forced them to delay the hot pursuit operations. Upon continuing with their operation, another unexploded IED was again found by the government troops,” Lacuata explained.

“Last night, April 2, during the continuation of the hot pursuit operations, our troops failed to secure a planted IED which unfortunately exploded killing one and wounding nine of our government troops, and we are hoping that no other individuals would be added to the list of casualties,” Lacuata added.

Governor Bonifacio Lacwasan, Jr. meanwhile asks for prayers amidst the ongoing tension between the NPA and authorities.

Lacwasan on Tuesday implored to the gods “that our homeland will be preserved from violence and terrorism.”

The message of the governor comes after days of attacks by terrorists to towns of Bauko and Tadian killing two police officers and frightening residents.

“We have always taken pride in our being a peace-loving people. It is what it should be. Our week-long Lang-ay Festival has commenced and we held a mass in thanksgiving for the Lord’s goodness. Also, in our supplications, we invoked the Lord’s blessings and protection upon His children. Moreover, in the Opening Program, we made our petitions. We prayed not just for the Lord’s continuing grace but we also prayed for His mercy - that His people be cloaked in protection as they deal with their day-to-day life,” Lacwasan said.

The governor enjoined all in prayer “that the nations of the world will seek to work together in harmony and peace; That the hearts of all men and women will be moved to pursue true peace and justice; That violence may be overcome by peace; that weapons of destruction be transformed into tools of justice, and hate give way to true charity.”

Intentions also included thoughts for those in the thick of the battle for peace “that God may give our peacekeepers the unflinching courage, zeal and strength to defend with honor, dignity and devotion what is right; That He will continue to embrace those who take refuge in Him and shield everyone as they discharge their duties; That even in war, we may keep clearly before us the defense of all human rights, especially the right to life, liberty and the pursuit of happiness.”

All residents in these areas were asked to keep safe and be wary of possible danger while an evacuation center was identified at the multipurpose function hall of the municipal compound. (With a report from Maria Elena Catajan)