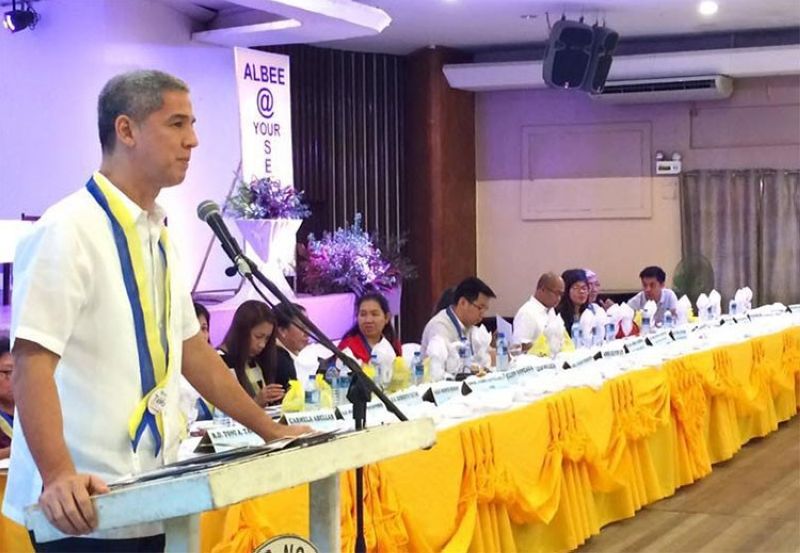 VICE Governor Eugenio Jose Lacson is proposing that Moises Padilla town be put under the control of the Commission on Elections (Comelec) to restore peace and order in the locality.

Lacson said that if Comelec takes control of the municipality, the people could freely exercise their right to vote and the candidates could also freely campaign especially since there is just over a month left before Election Day on May 13.

“What is happening in the town right now is something that we don't want to happen in other localities,” Lacson pointed out.

The Comelec in the province has already declared Moises Padilla as election hotspot after the killing of Councilor Jolomar Hilario and the encounter between the military troops and suspected members of the New People's Army.

This was confirmed by Provincial Election Supervisor Tictac Villanueva based on their recommendation to the higher Comelec Office.

Villanueva said that the intense political rivalry that has been happening in Mosies Padilla and the presence of armed groups are the factors that were considered in declaring the town as a “highly” hotspot area.

“We are sure that the recommendation will be approved by Comelec Manila because of what is happening in the town now,” Villaneuva said.

However she explained that there will be no Comelec takeover in Moises Padilla but there will be augmentation of forces in the area especially during Election Day.

Lacson emphasized that at the start of the campaign period, he has already asked all candidates to commit to make the campaign trouble-free and peaceful.

Lacson is unopposed for the gubernatorial position. (TDE)