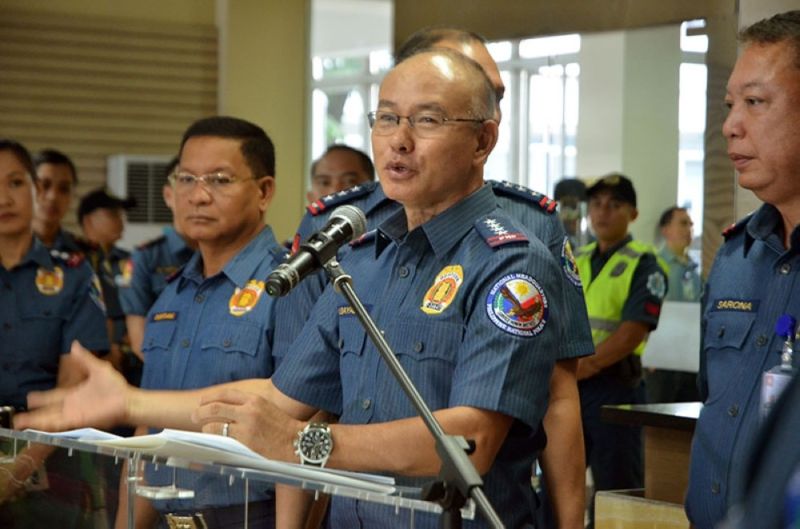 PHILIPPINE National Police (PNP) Chief Oscar Albayalde hit back on Thursday, April 4, on lawmakers who were calling for his removal from office following the killing of 14 people in Negros Oriental.

Albayalde said instead of asking him to leave the office, these lawmakers should be the one to resign.

“Let me express this that in the name of delicadeza, which is obviously not in their morale virtues, they should be the ones who have long since resigned while enjoying the perks and privileges shouldered by the Filipino people,” he said.

A total of 14 people -- eight from Canlaon City, four from the municipality of Manjuyod and two in Sta. Catalina in Negros Oriental -- were killed, while 12 others were arrested during the service of 37 search warrants for alleged illegal possession of firearms on March 30.

Police said the subjects of the warrants were supporters or members of the New People's Army who were involved in the plotting of attacks against government forces.

But Albayalde assured that the incident is already being investigated on and there is no basis to call for his resignation.

“Now, we prove to the Filipino people the realm of sympathizers who are in power supporting the leftist movement and its vain provision to dismantle and overthrow a constitutionally-elected government,” he said.

“We should vehemently send our condemnation against these people supporting the perceived enemies of the state to gain power themselves, even sacrificing the innocent lives of young students to attain their own propaganda against our country and government,” he added. (SunStar Philippines)