Economic team 'on top of situation' amid ban on public works 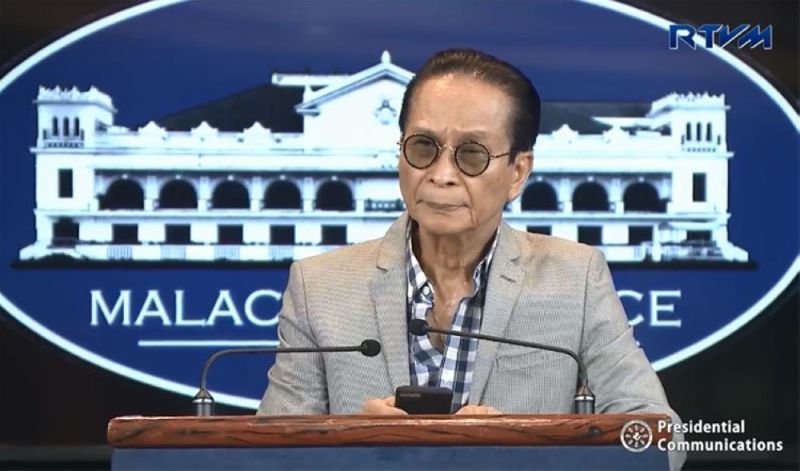 THE country's economic team is "on top of the situation," as the Duterte government heeds the prohibition against the construction of public works during the election period, Malacañang said on Thursday, April 4.

In a statement, Presidential Spokesperson Salvador Panelo said the economic managers already know what to do, even though the administration's flagship infrastructure program faces a new hurdle, following the implementation of ban on public works from March 29 to May 12.

"The Palace will follow all the requirements imposed by pertinent laws on the ban against public works," Panelo said.

"We assure everyone that the economic managers are on top of the situation. They know what to do and they do not have to be told on what steps they should undertake. Our economic managers have, in fact, requested the Commission on Elections (Comelec) for an exemption as early as February, a month before March 29 or when the ban took effect," he added.

Comelec Resolution 10512 outlines the prohibition on any activity related to public works, including construction of the project, disbursement and spending of public funds, and delivery of materials.

Projects contracted under public-private partnership and build-operate-transfer schemes are not covered by the ban.

Also exempt from the ban are maintenance of existing or completed public works, works under contract through public bidding done before March 29, and emergency work on the restoration of facilities damage by natural calamities, among others.

The resolution, inked by Comelec chairperson Sheriff Abas, provides that any violation of the provisions constitutes election offense and "shall be punishable by imprisonment of not less than one year but not more than six years, as provided by law."

Economic managers earlier sought exemption from the public works prohibition, but the poll body was asking for necessary documentary requirements before it could decide on the request.

Panelo said concerned agencies were now actively coordinating to submit the "proper and complete" documents required by the Comelec for the proposed exemption from the public works ban.

"Delays are indeed possible and they are inevitable at times, given the practical dynamics and legal dictates of our country, but these can be avoided or minimized with proper due diligence by those responsible therefore," he said.

"As we have said, our economic managers have anticipated all possible scenarios and are ready to adapt so as to permit our infrastructure programs move forward. After all, a little delay is much better than no major infrastructure project at all -- like what happened in the previous administration," Panelo added. (SunStar Philippines)