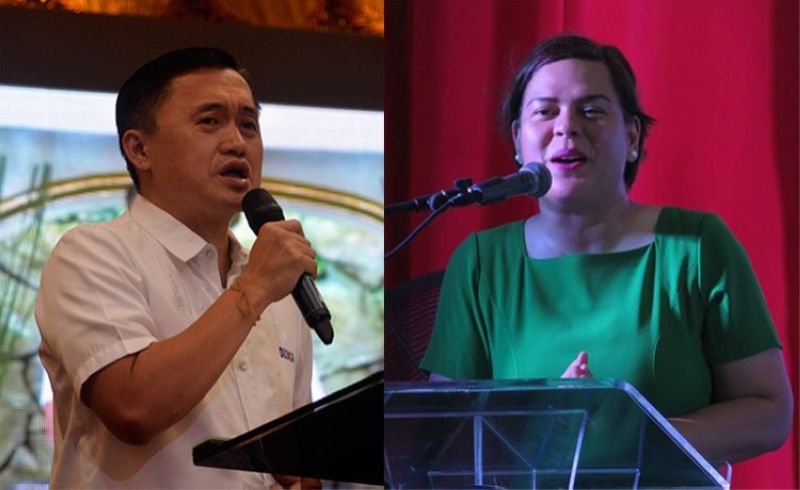 * THE JIM PAREDES VIDEO. Some people could not make up their mind which was worse: (1) entertainer Jim Paredes being recorded on video while doing a private sex act or (2) the unlawful act of circulating the video clip. One Duterte critic down, unless the one-third part of Apo Hiking Society would continue sniping at policies and practices of the administration that he thinks must be called out.

Paredes already owned up the video and the act recorded. With whom and over what was he pleasuring himself? And who was to blame for the leak, a friend or lover who betrayed his trust? Or, worse, was it due to government snooping? That could be Part 2 of the scandal.

* INDAY SARA DROPPED, BARRED. Presidential daughter and Davao City Mayor Sara Duterte-Carpio has been "locked out (by Facebook) after her account was heavily reported." Her publicist said she is one of the "casualties of the Facebook purge." Last week, FB said it has removed about 200 fake accounts operating under the network of Nic Gabunada Jr.'s 2016 campaign social media chief.

Sara's case could be a separate case, not among the cases of fraudulent deception, euphemistically called by Facebook as "coordinated inauthentic behavior" or CIB, that the Gabunada group allegedly committed.

Count two against Sara: She was barred by the Presidential Security Group or PSG from joining a campaign rally Wednesday (April 3) in Tangub City, Misamis Occidental.

As campaign manager, she had the authority to attend the rally. Probably it was for security reason. She is expected Friday (April 5) in Cagayan de Oro City and on Tuesday (April 9) in Surigao.

It's not s a "concession" to President Duterte, specially the "quid" for his "quo": Support Bong Go and I won't publicly shame you anymore.

The reason, Cebu City Mayor Tomas Osmeña told Rappler Monday (April 1), is that his "ties with Go go all the way back from before Duterte even became president," when Go was still mayor's assistant in Davao. Common friends in Cebu and Davao, Tomas said, "nag me to support" Go and that was "a plus factor." Would you believe "gofer" Go also did "little errands" for Tomas and, the mayor said, "I don't forget."

Unless somebody will refute that with contrary facts, it will stand. And if Duterte would no longer threaten publicly to slap Tomas for being "arrogant" and "for acting as if he owned Cebu," and the mayor would no longer be suspended, at least before the elections, would all that just be coincidental?

The report of the Philippine Center for Investigative Journalism (PCIJ) on "The Dutertes: Wealth Reveal and Riddles" is questioned by the Palace for its timing.

But what about its content? Shouldn't that be addressed first?

Anyway, Cebuanos will be interested in the part of the report that tells about Mayor Sara Duterte-Carpio's law practice with her husband, which recently opened its second office (after Davao) in Cebu. PCIJ cited legal authorities who contend that the mayor is barred from practicing her profession. The law firm is not registered, PCIJ said, and some business interests are not disclosed.

It is said that the earlier one bares his or her presidential ambition, the earlier the flak comes flying.