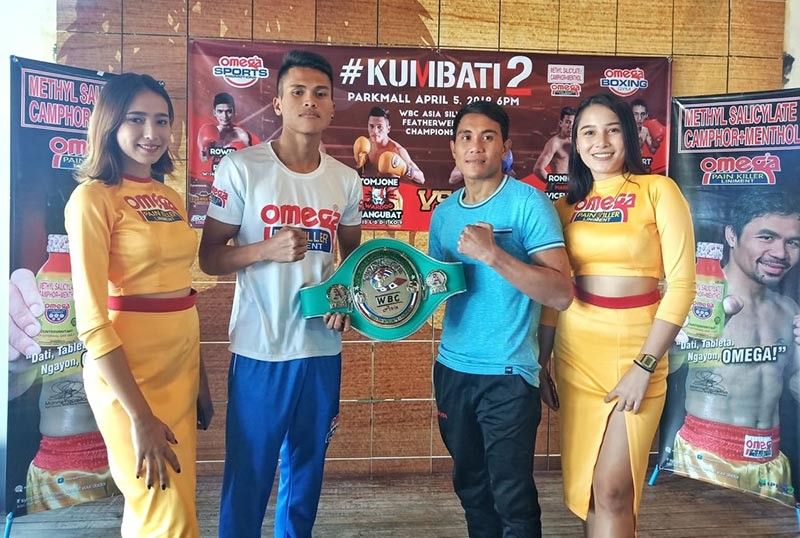 The undefeated featherweight prospect Mangubat, who has a 10-1, 9KOs record, said he will rely on his power and speed against the slugger Baconaje (10-3, 8KOs).

“He is a slugger. We’ll observe what he will bring on the first round,” said the Bukidnon-native Mangubat in Cebuano when asked about his game plan during the weigh-in at the Manggahan Restaurant on Thursday.

Jerome Calatrava of Omega Sports International said this fight is a stepping stone for Mangubat for bigger bouts. A good showing could land him a spot in the Manny Pacquiao (MP) Promotions.

“There’s a chance he (Mangubat) will be included in the MP Promotions card. Being on that promotion means a good exposure for him,” Mangubat said.

“He will get tested. It’s an all-important fight for him with a regional title on the line,” said Omega Boxing head coach Jinggoy Junco of Mangubat.

The 25-year-old Baconaje should be Mangubat’s toughest opponent to date. Baconaje is a former Philippine champion and has faced the likes of former world title challenger Ernesto Saulong, once world-ranked Japanese Yasutaka Ishimoto and former ALA pug Brian Lobetania.

Mangubat is coming off a split draw with Venson Delopere, while Baconaje has won his last two fights, including stoppage wins over Danny Tampipi and Dindo Cabintoy.

Mangubat tipped the scale at 125.7 pounds and Baconaje weighed in at 125.1 pounds.