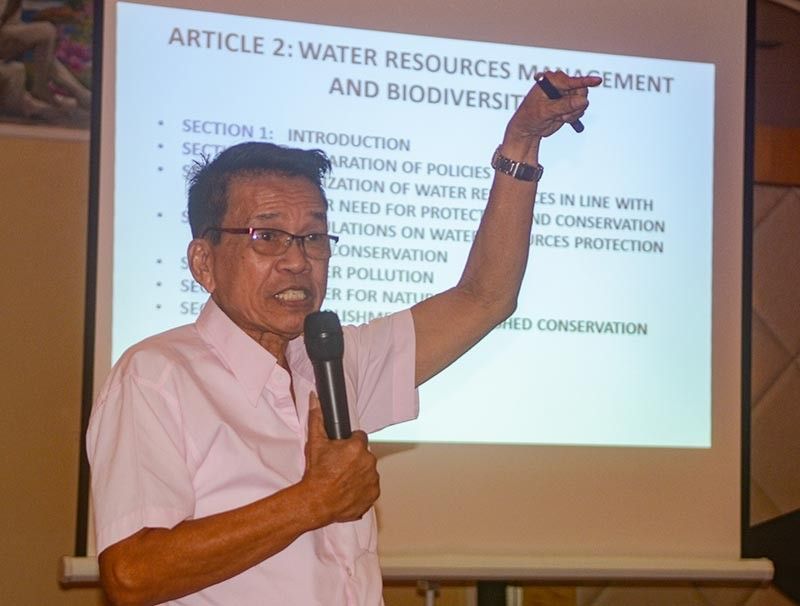 THE draft ordinance creating a water code for Cebu province will ensure stronger monitoring for illegal well-drillers and those who extract groundwater.

However, delays in holding the public hearing are keeping it from being passed.

Engineer Edgar Sibonga, executive director of the Provincial Water Resources Authority (PWRA), said that they submitted the draft for the ordinance to the office of Cebu Provincial Board (PB) Member Thadeo Jovito Ouano in December yet. Ouano is the chairman on the committee on environmental conservation and natural resources.

But he said the schedule for public hearing kept being pushed back.

Architect Socorro Atega, executive director of Cebu Uniting for Sustainable Water (CUSW) and a member of the PWRA, said the public hearing was originally scheduled for Jan. 9. It was postponed to Feb. 6. It was once again postponed until after the May 13 polls.

“We have been waiting for the public hearing, but it is always being postponed. After elections na sad kuno,” Atega told reporters.

The Water Code was among the issues tackled during the Water Summit organized by the Provincial Environment and Natural Resources Office (Penro) on Thursday, April 4, at the Elizabeth Hotel.

Sibonga said a public hearing is necessary because they want to learn all the issues affecting stakeholders that they may have failed to include in the code. He said they want the code to be responsive to the needs of everyone involved.

Superbalita Cebu tried to get the side of Ouano, but he did not respond to calls.

But Sibonga said Ouano requested for time to make a thorough study of the ordinance.

Sibonga said the Water Code will allow cities, municipalities and barangays under the Province to set up their own water management councils to address water problems in their areas.

The draft consists of nine articles and 69 sections.

Among the provisions of the water code are the creation of watershed conservation areas, action plans in cases of water crisis, effects of climate change, rules on water providers and supply systems, sanitation standards, alternate water sources, water resources management, and biodiversity.

He noted that experts are alarmed that there is salt water intrusion in most of the groundwater sources.

“To reverse it back to its original state, maybe it will require decades or even centuries,” Sibonga said. (From SCG of Superbalita Cebu, MEA)