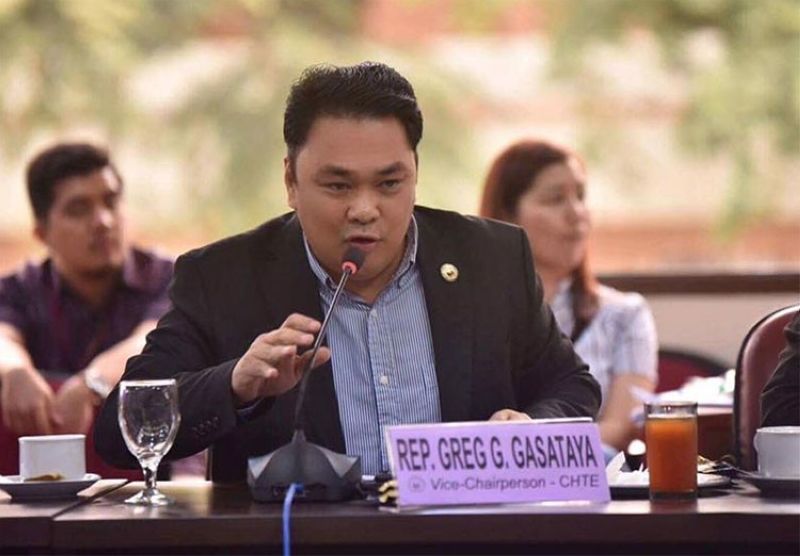 REELECTIONIST Representative Greg Gasataya asked his rival to disabuse the mindset that there is hidden agenda behind the Electric Power Industry Bill (EPIB), of which he was the principal sponsor.

Gasataya, who is seeking a second term, also disclosed that while he is neither a farmer nor a planter, he stood firm against moves that threaten the state of the sugar industry.

During Tuesday's Bombo Radyo Debate, he said that the EPIB or House Bill 8827, was filed as a prelude to the expiry of the franchise of Central Negros Electric Cooperative (Ceneco), in 2022.

“This should keep Ceneco prepared. And they have to be ready when that time comes. I'm more than willing by then to be also the main author of a bill for their application for franchise renewal,” Gasataya explained, saying that in the process, he had already briefed the coop's executives on the salient features of the proposed measure.

There is nothing hidden there as implied, the incumbent solon told his rival.

Not even the debate moderator can stop him as he continued to attack Gasataya’s measure and purpose of the House Bill.

Gasataya should have informed consumers and held a public hearing on the Bill that has already been approved on first reading, Puentevella said.

Gasataya reminded Puentevella of the process in Congress since he had served as congressman for nine years: “With due respect to the former mayor, who had been there in Congress for three terms, it now appeared that he forgot ironically how the House committees work. In your nine years, you know that public hearings are called and organized by the committee after gathering a sufficient list of concerns on the bill. It looks like you forgot about this, Sir.”

In the same forum, Puentevella also asked the "qualifications" of his rivals running for congressman as he claimed that they have no experience or knowledge about the sugar industry.

Puentevella was a sugar planter.

But Gasataya replied: “You don’t need to be an expert in order for you to stand on a particular issue. We can study them... All you need to have is the heart; the heart to feel what the people feel; to have ears to listen and understand what their concerns are and the eyes to see their (constituents) situation.”

“Yes, I am no sugar farmer but I have stood firm and delivered two privilege speeches defending the industry: one, against the continued importation of the High Fructose Corn Syrup or the HFCS by beverage firms; and two, versus the sugar import liberalization,” said Gasataya.

His privilege speech on the HFCS triggered a House investigation that led to the call for a boycott against products using the artificial sweetener.