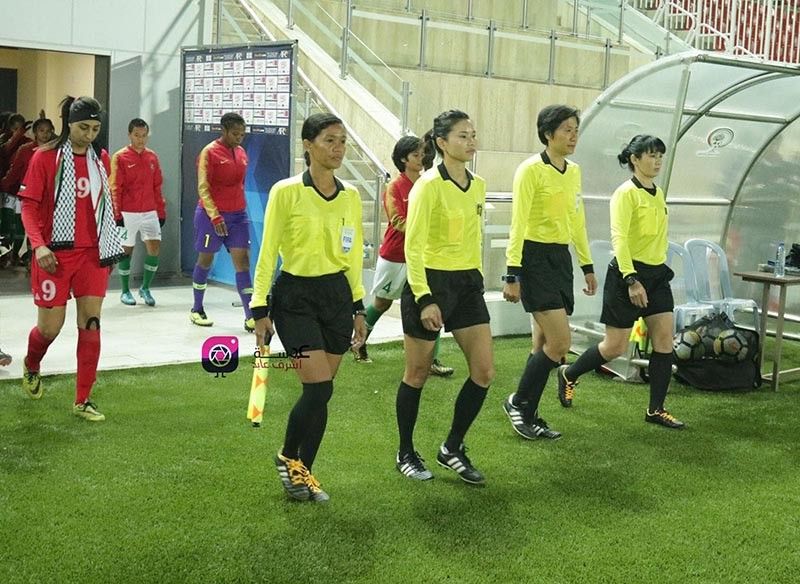 PALESTINE. Davao City's Merlo Silva Albano, left on first row, is shown with other referees during the Tokyo 2020 Olympics women's football first qualifying round in Palestine in 2018. (Contributed Photo)

FOR Dabawenya Merlo Silva Albano, officiating in an Olympic qualifier is nothing new as she had already done so in Palestine last year. But being called to a similar duty in the ongoing Tokyo 2020 Olympics women's football second qualifying round in Tashkent, Uzbekistan still excites her.

"I'm excited at the same time happy to have a new learning experience," the former national team member said in a Facebook interview with SunStar Davao.

She is designated as assistant referee in the qualifying event that will end on April 10.

Albano has been with Fifa, the world governing body of football, since 2012 then she became part of the Asian Football Confederation (AFC) elite in 2017.

Thus, since 2012, she has been to some 20 Fifa and AFC assignments abroad.

Keeping her status in Fifa then in AFC was not a walk in the park though as she bared that one needs to be an active member of the Philippine Football Federation.

No matter how much she has achieved in her international stints, she continues to give her services even in Davao City-based tournaments, never forgetting where she came from.