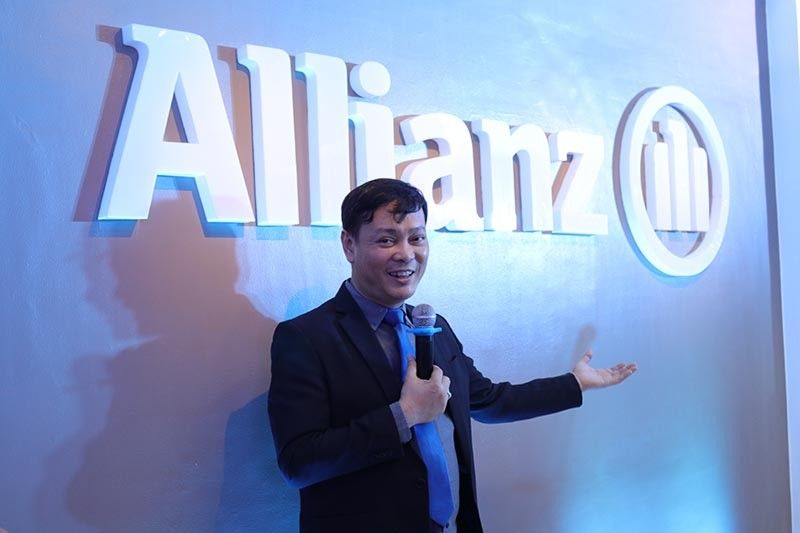 DAVAO. Allianz regional business manager Noel Berdeprado said the company has been very aggressive in their expansion plans due to the good business climate. (Photo by Mark Perandos)

Allianz chief agency officer Noel Ellorenco told Sunstar Davao Friday that they also plan to add more offices around the city to cater to more clients and agents by next year.

Ellorenco said that being the second biggest life insurance company in the world, Allianz also wanted to take part in the growing economy of Davao City through providing unique and innovative products to its clients.

"[Maganda] ang business climate natin, Davao in particular. In the next three to five years, Davao will be like Metro Cebu siguro. You see, kapag ang nakikita natin sa isang lugar is mabilis ang expansion, there is definitely money circulating in it. May employment, may income, papasok ang insurance," Berdeprado said.

"Kapag umayos ang livelihood situation ng community, sasabay ang insurance dahil people need protection. They will need to retire in the future, protection for their friends or loved ones," he added.

The company also eyes to establish a branch this year in Butuan City, Bukidnon, and General Santos City.

The company is also looking into Surigao and Agusan areas. Its main office is located in Makati.

Meanwhile, Ellorenco said they are not competing with other life insurance companies in the city because they all have the same goal, to help the community.

Allianz is a company originally based in Germany with over 90 million clients globally and around 500,000 in the Philippines alone. It has an exclusive partnership with the Philipine National Bank (PNB).

The branch in Davao City is located at the Ebro-Pelayo Building II, E. Jacinto St.