Struggling to live: An IDPs story about displacement and cancer 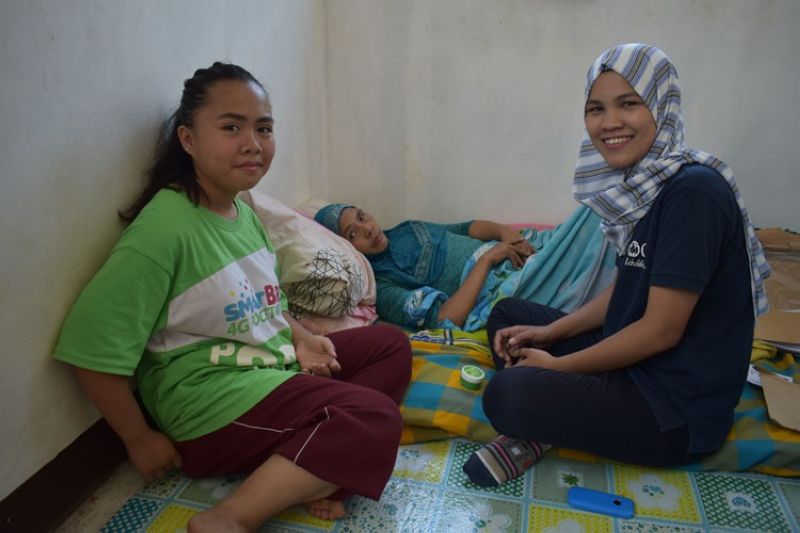 MARAWI. c (center) though bed ridden, still agreed to have her photo taken with Hidaya Manioba (left) of the Community and Family Services International and her daughter (right). (Riz P. Sunio) 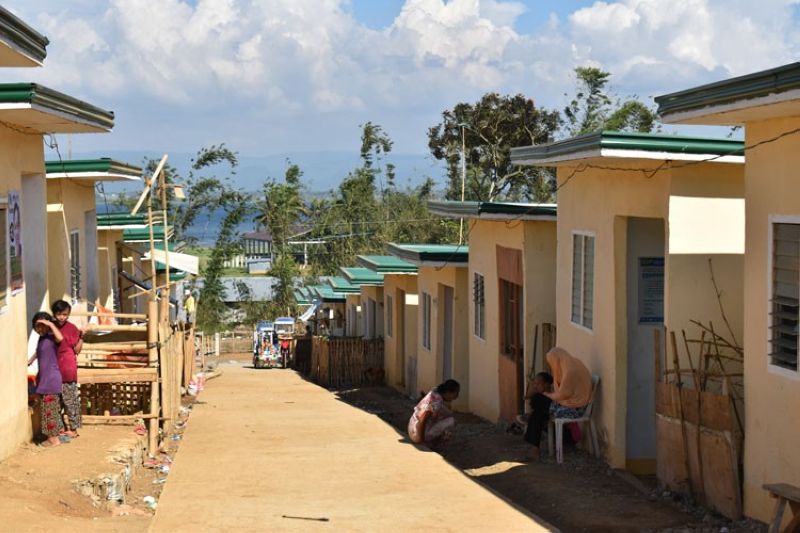 WHAT strength it must have taken her to keep on living even after the Marawi Siege took all of what her family owned and while breast cancer is trying to take her life and energy away?

On Thursday, April 4, I had the chance to finally visit the newest transitory site for the Internally Displaced Persons (IDPs) of the Marawi Siege.

A total of 206 families have been transferred to the Boganga Transitory Site on 16 February this year.

There, I met Mosara Dangcal, 48, who lives in one of the transitory homes Boganga with her five children and husband.

She just got discharged from the hospital after a session of chemotherapy. She was actually diagnosed with Stage 3B breast cancer on October 2017 and she is currently battling her condition for more than a year now.

Before becoming an IDP, her family used to have a four-storey house and an appliance store that sells televisions in the bustling Barangay Sangkay of Marawi City. Her family had lost all of their assets because of the Marawi Siege.

Now, her family’s only source of income is from her husband’s tricycle driving as a sideline. Sometimes, her husband rents an Fx. However, almost half of his income from the trips goes to the repairs of the old passenger vehicle.

After losing all of their home and property, being left with no stable income, and the pains of being in and out of the hospital since 2017, adding to their list of worries are the costly medical fees and medicines.

She was recently taken to the hospital again because the tumor on her chest returned. Her doctor also found out through X-ray that there was a buildup of water in her chest. She had just been discharged on April 1st this year, but the doctors were not able to get the water out of her chest.

During our last visit with her, she said that she wished for extension wires so they can set up an electric fan in their bedroom so she will be able to sleep with better ease.

With only piled cloths as a mattress, she also wished to have a foam to sleep on because the stitches from her operations ached and that she cannot sleep properly.

She needed help in sitting up as well. Every time she forces herself to get up on her own, her stitches rip open and her sides start bleeding.

As she told us about her battle, it took me much strength to keep-up a straight face as well and to hold back my tears.

I wish I could have been able to do more for her.