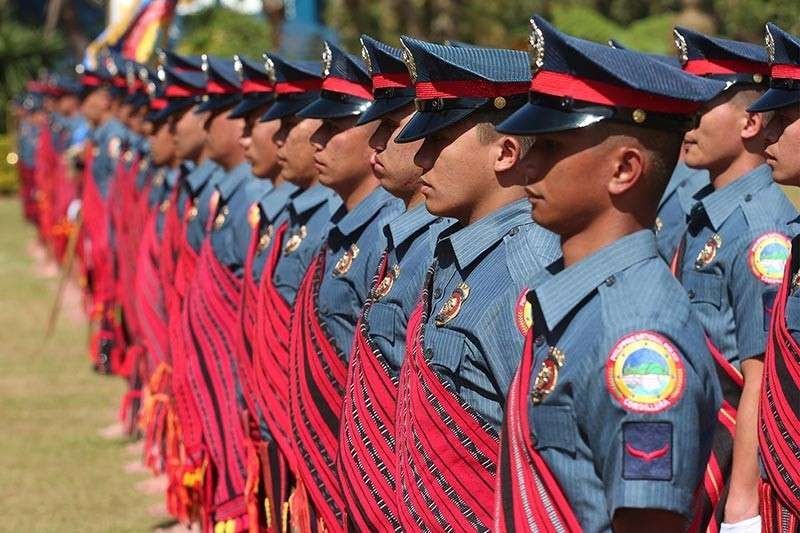 VALLIANT cops from the Police Regional Office (PRO) - Cordillera were lauded for their bravery.

Wounded cops during the clash with the New People’s Army terrorists were bestowed awards during the hospital visit of Procor Director Police Brigadier General Israel Dickson on Wednesday, April 3.

Dickson personally visited each of the wounded police at the Luis Hora Regional Memorial Hospital at Abatan, Bauko Mt. Province while they recuperate from shrapnel wounds.

The PNP Heroism Medal or Medalya ng Kadakilaan will be posthumously awarded to the Police Corporal Marloun Casil for his ultimate sacrifice in the name of service, honor and justice.

Casil’s remains will be brought home in Kibungan, Benguet.

Aside from the awards, initial financial assistance was given to the wounded personnel while other benefits from the PNP and other agencies are being processed.

Procor ensured the public that appropriate assistance, benefits and claims will be given to the bereaved families of Casil.

The death of PCpl Casil and wounding of nine others was caused by a planted Improvised Explosives Device (IED) by the New People’s Army.

Procor said the use of IED or landmines has been forbidden by the International Humanitarian law and employing or using IEDs/landmines in attacks could indiscriminately damage individuals, livestock, and properties aside from negative effect to resident’s way of life “Is proof that the cowardly act by the said terrorist criminals does not observe prevailing laws.”

“Bauko and Tadian municipalities in Mountain Province are peaceful municipalities that the provincial government is geared in transforming them as centers for education. We express our grief over the death of Police Corporal Casil who is one of our heroes, and his death will not hinder us from pursuing the enemies, but rather a motivation and inspiration for the troops to do even better,” Dickson said.

The Police Regional Director ordered all police in the region wide to be on alert and initiate appropriate security preparations to prevent a repeat of the said incident in their respective areas of jurisdiction and to guarantee the safety of the people in villages.

Massive clearing and hot pursuit operations against the fleeing rebels are now being undertaken in all areas of Mountain Province and nearby provinces.

The public is encouraged to join hands with the authorities in tracking down the perpetrators by providing relevant and timely information to the nearest police station.