Water level down in CAR 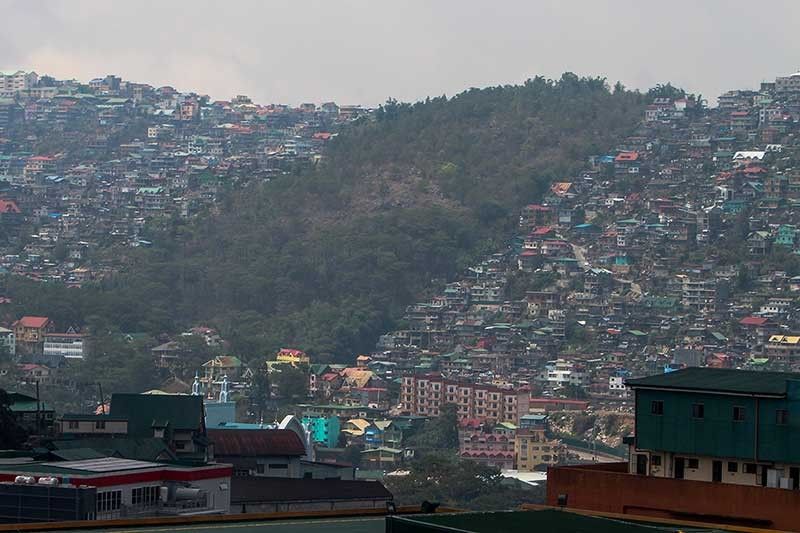 BAGUIO. In between a jungle of buildings lies Busol watershed with a total land area of 3336 hectares. Busol watershed provides approximately 40 percent of the water requirements of the people in the different villages. (Photo by Jean Nicole Cortes)

“WATER in our rivers is dwindling.”

This is what Benito Espique Jr. regional manager of the National Irrigation Administration (NIA) said adding that there is a 25 to 30 percent reduction observed in the major river systems of Apayao River, Chico River in Kalinga, Lamut River and Ibulao River in Ifugao.

Despite downpours experienced in provinces Espique said in case the dry spell persists, close coordination with associations is being done to conserve water.

Chrisanta Beray, NIA-CAR Senior Engineer Operations Unit reported continuous monitoring of the agency and with the effects of El Niño the agency have monitored 58 hectares affected in Cordillera region.

“As an update, today we are monitoring three national systems with service area of 22,940 hectares and 2,232 CIS [Communal irrigation systems]. Out of this irrigated area, monitored na may effect of El Nino 58 hectares in CAR,” Beray said.

To save the remaining standing crop, she added NIA-CAR is conducting rotation of irrigation, information dissemination among farmers and strict implementation of water delivery schedule.

Main crops affected include rice in Wais and corn in Abra province. In the past, the agency provided pumps that can be utilized to mitigate the effects of El Niño.

President of Cordillera Federation of Irrigators Association and Apayao Vice-Governor Remy Albano attributed low water supply to the incomplete Wais project. The closed to P300 million project in the municipality of Pudtol in Apayao showed slow pace construction activities of the current contractor with the project supposed to be completed in 2017.