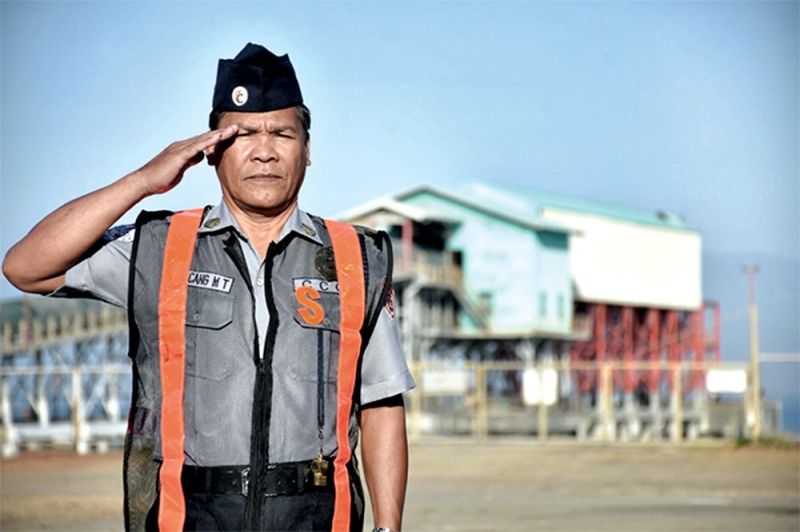 He did not yield to temptation.

Gacang returned the wallet to its owner, a Chinese crew member of a cargo vessel loading copper concentrates.

He said he chose to be honest because his guiding philosophies in life are “integrity over money” and “service before self.”

In the three decades of rendering service to Atlas Mining and Carmen Copper Corp., Gacang experienced several ups and downs, tragedies and victories.

Despite the trials that came his way, he remained faithful to his duties.

At 12:10 a.m. Thursday, March 14, Gacang’s integrity was put to test when he found a black wallet while conducting his routine inspection.

After finding the wallet, Gacang gave it to his shift officer. On the following day, the wallet was returned to Li, a crew member of the mv CSC Rui Hui.

Li and his superior were grateful to Gacang and the Sangi Security Team.

When he returned the wallet, Gacang said he was thinking not only of himself, but also of Carmen Copper and the honor of his fellow security guards.

Last March 18, Gacang was honored by the CCC management. He was awarded with a certificate of recognition by Carmen Copper president and chief executive officer Roy Deveraturda.

He received the award in the presence of his family.

“Most people will pursue power, glory and fame, but the most important things are neglected. In the book, ‘The Little Prince,’ it is said that what is essential is invisible to the eyes. So I’d like to add to that-that what is essential can only be felt by the heart. And it’s really very heartwarming to have someone like Mario perform a good deed for all of us,” Deveraturda said.

Gacang had sent all his six children to school by working for then Atlas Mining, which had been renamed Carmen Copper since 1985.

His children include a teacher in Thailand, a certified public accountant in Singapore, a marine engineer, a lawyer and a computer engineer in Japan. Gacang’s youngest daughter recently earned her degree in aeronautics. (S)