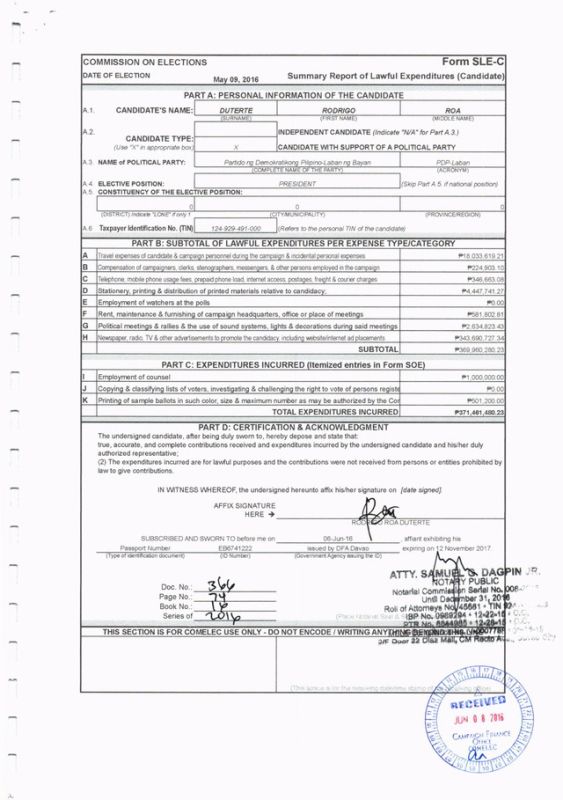 ELECTION BY SOCIAL MEDIA. According to a March 27 Rappler report, the social media campaign of President Duterte’s 2016 bid involved a P10-million network where key messages were “centrally determined and cascaded for execution” to volunteers, with each handling “between 300 to 6,000 members” and the “largest group” commanding “800,000 members.” (Rappler Foto)

THE Commission on Elections (Comelec) has recently released guidelines for candidates’ use of social media for the May 2019 elections, a step that is overdue and unfortunately, still inadequate for levelling the field of social media for political use.

The Comelec’s human resources—a 10-person social media unit staffed by regular employees headed by Spokesman James Jimenez—faces the challenge to “work hard” or “work smart” in coping with the social media monitoring, which does not yet include dealing with trolls, as Jimenez admitted in a March 27 article by the news website Rappler.

The Comelec is principally charged with enforcing all the regulations and laws on the conduct of elections in the country. In the face of the commission’s near impotence to deal with social media, civil society must step up to level the digital public sphere, first for promoting voters’ literacy on candidates with the qualifications to hold public office and prioritize the public welfare as foremost, and second, for ensuring that the influencers and army of trolls, who will make short shrift of the new woebegone Comelec guidelines for social media, will not lord over and befoul with incivility and “alternative facts” the online discourse and even the outcome of the May 2019 elections.

Updating the 1985 Omnibus Election Code is Comelec Resolution 104888, which requires, among others, candidates and political parties to register their official blogs and social media pages; website owners to submit records of their campaign expenses; internet-related companies to submit information on ad agencies and candidates placing online political ads; and social media associates or influencers to report their paid services for candidates.

There is a cap for each candidate’s media expenditures per voter. Comelec requires candidates, win or lose, to report campaign expenses to the commission. Yet, for trimedia promotions alone, Comelec’s attempts to curtail overspending has been bypassed in creative ways.

Regulating the internet is notoriously tricky. Ethically, a Netizen should be transparent and explicitly state if he or she receives compensation, in money or other forms, for posting favorably or critically about a subject. This disclosure enables other Netizens to evaluate the opinion and decide whether vested interests swayed the commentary or not.

However, social media influencers do not always follow the linear logic of this online ethic. The collective noun often used to describe trolls—“army of trolls”—is telling for the machinations behind their strategic deployment: to seek, isolate, and destroy the reputation of a target. And according to a timeless code, a client does not want to claim any connection with the liquidation agent or team, much less file a report for the fees and other expenses involved in these transactions with the Comelec.

In a Dec. 23, 2018 article on www.philstar.com, Jimenez said that the Comelec was mulling plans to include the “use of troll farms” in monitoring campaign expenses but admitted that the commission was not ready yet to regulate “what (is) put on” social media.

Such a phlegmatic mindset contrasts with the revelations of Nic Gabunda, who, for P10 million, built the social media network used for Presidential Duterte’s 2016 bid. The social media expenses were not specified in Duterte’s report of 2016 campaign expenses amounting to P343.69 million, covering “newspaper, radio, TV, and other advertisements... including website/internet ad placements,” reported the Rappler.

The glaring divide between the Comelec’s perceptions and intentions regarding social media and the realities reigning over the digital arena already reveals how the May 2019 contest will turn out, unless civil society intervenes and levels the playing field to ensure that voters will be media-literate and vote with critical discernment for the candidates who will serve the nation selflessly and honorably.