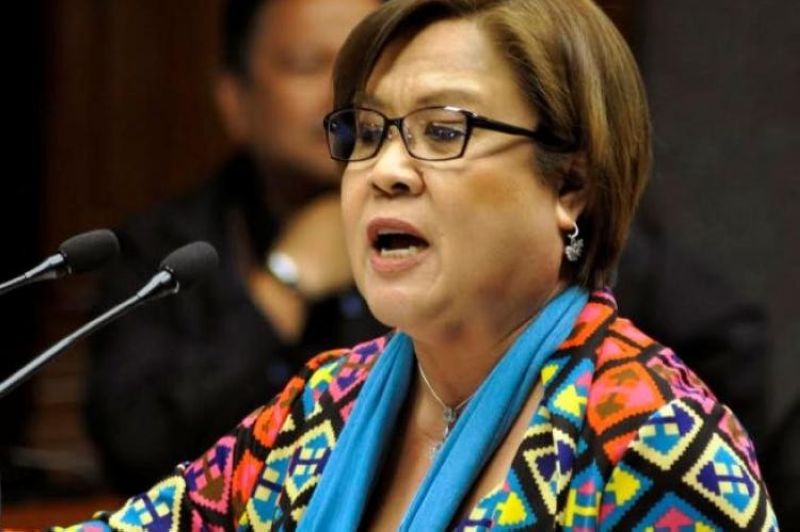 SENATOR Leila de Lima has called for a Senate inquiry into the killing of 14 farmers in joint police and military operations in Negros Oriental.

De Lima has filed Resolution 1034, saying the killings of farmers in the country by state agents must be checked and stopped immediately.

"These killings tend to prove the inability of the Philippine government to discharge its basic duty to preserve and maintain peace and order, and to hold accountable the perpetrators of crimes and abuses. They have cultivated a culture of impunity and lawlessness across the country," she said.

"There is an urgent need to investigate this escalating trend and spate of killings victimizing our farmers, making it imperative for the government and law authorities and institutions to develop mechanisms which can hold these perpetrators accountable in order for justice and the rule of law to be restored and upheld throughout our lands," she added.

The 14 farmers were killed last March 30 in joint police and military operations in three areas in Negros Oriental.

The Philippine National Police said earlier that the operations were legitimate and those killed fought it out with authorities.

Human rights groups said, however, that the slain persons were not NPA members, but farmers.

"The recurring narrative of suspects having resisted arrest otherwise known as 'nanlaban' has long been serving as a wrongful justification for the targeted and continuous killings around the country," said De Lima.

At least 180 farmers have reportedly been killed since President Rodrigo Duterte assumed office in 2016. Of the slain farmers, 40 were from Negros Island.

De Lima said the police and military, as government agents, "must observe both international and local operational procedures in order to enforce the law with respect to human rights-based policing, and reasonable rules of engagement." (LMY/With PR/SunStar Philippines)