2,000 security personnel to be deployed for Palaro 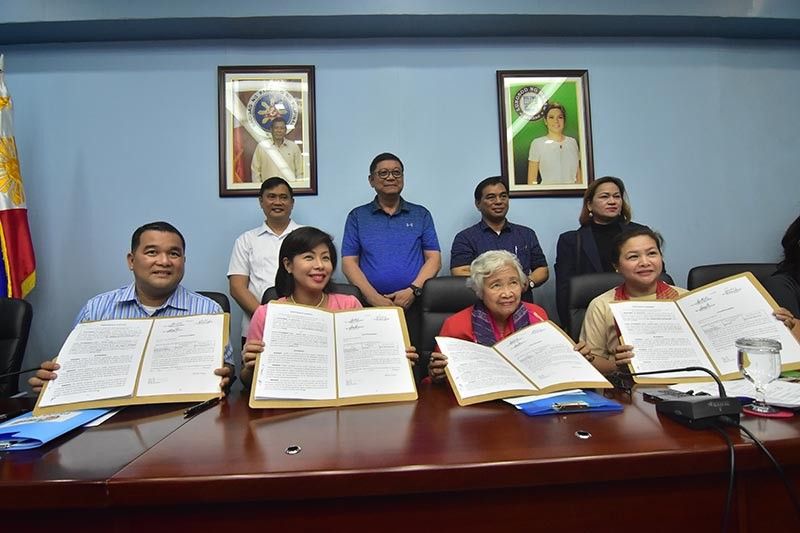 ORGANIZERS of the Palarong Pambansa 2019 said a total of 2,000 security personnel will be deployed to assist some 20,000 delegates, including delegates and their families.

Davao City will host the Palarong Pambansa for the first time, after 1950. Back then, it was called the Bureau of Public Schools-Interscholastic Athletics Association Games (BPISAA).

The City Government of Davao and the Department of Education (DepEd) formally signed a memorandum of agreement (MOA) Monday, April 8, on the hosting of this year's Palaro.

Briones said the city was unanimously voted by the Palaro Board to be the host city for this year. The competing bidders were Zamboanga del Sur and Misamis Occidental.

Briones said aside from the city's complete sports facilities, the city was chosen to host the country's biggest multi-sports event because of its capability to provide security measures.

"Security aspects are sensitive," she said. "Billeting quarters, and readiness of the local government, and one edged out the two, leading to a unanimous vote of the Board for Davao City."

Briones also said the city has a wide array of transportation that could cater to delegates from point-to-point.

Lopez, for her part, said the City has allotted almost P70 million on the hosting, P10 million of it is for the peace and order deployment.

"We can assure that security for the Palarong Pambansa is in place," she said.

Davao City assistant administrator for operations Lawrence Bantiding said that all 2,000 security forces will be deployed during the duration of the event, from April 26 to May 4.

However, he said some personnel are already deployed early this week for delegates who have started arriving.