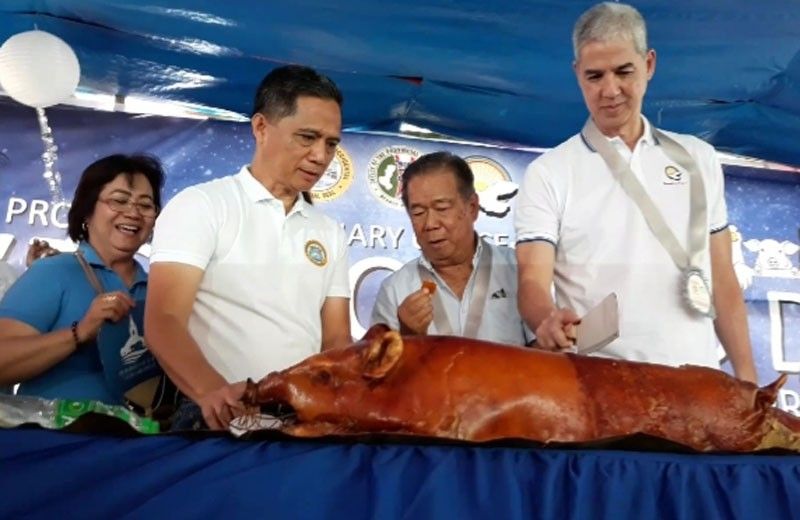 NEGROS Occidental officials have assured anew animal raisers in the province of the government's support to boost the local livestock and poultry industry.

Governor Alfredo Marañon Jr., who spoke at the opening of this year's Livestock and Dairy Fair at the Panaad Park in Bacolod City on Monday, April 8, said the Provincial Government continues to work on improving the genetics of local stocks, especially hogs.

Marañon said swine is the second biggest industry in the country, next to rice.

“Through the Provincial Veterinary Office (PVO), we are also banking on research to further boost our poultry sector,” he said, urging farmer-raisers to continue strengthening their associations.

The annual Livestock and Dairy Fair, being held every Panaad sa Negros Festival, is aimed at showcasing the province’s flourishing livestock and poultry industry.

This is also positioned to gather farmer-raisers for various activities like trainings, seminars and demonstrations designed to improve their skills and capabilities.

Part of the opening rites is the highly-anticipated Lechonaad 2019.

For this year, 52 “lechong baboy” and 220 “lechong manok” were paraded and latter partaken by the festival revelers.

Dressed in different themes, these lechons were prepared by different hog raisers and broiler integrators associations in Negros Occidental.

Provincial Veterinarian Renante Decena said the province is pushing for the development of black pig association.

Decena stressed that black pig raising requires low-cost production inputs in terms of housing, feeding and maintenance, yet the income is high.

“We are highlighting black pig production in this year's fair. It can be a potential alternative for our raisers given its huge market here in Negros,” he said, adding that the province remains the number one producer of backyard swine in the country.

For his part, Vice Governor Eugenio Jose Lacson, who was also present at the opening rites, urged raisers to actively participate in the activities during the week-long festivity.

Lacson, who is running for governor, said the battle cry of the Provincial Government is unity and continuity.

“So we will still be united [to] continue what the present administration has started especially the programs and projects for livestock and poultry industry,” he added.