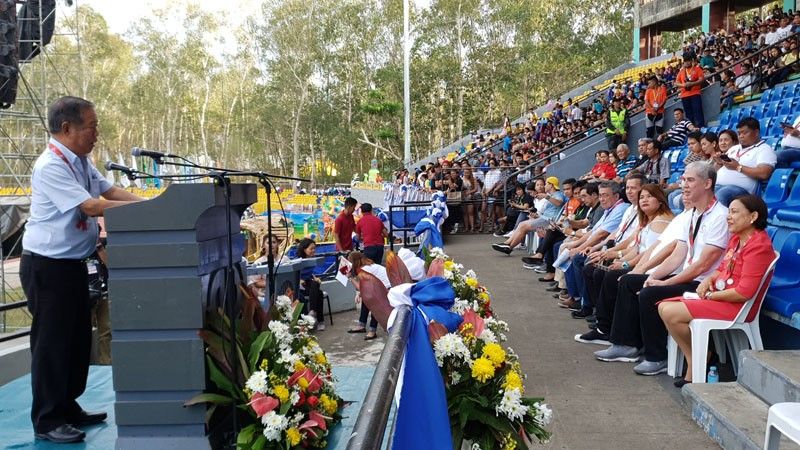 RE-ELECTIONIST Senator Cynthia Villar hails the Panaad sa Negros Festival as the venue for tourism and Small and Medium Entrepreneurs to flourish.

Villar who was the guest of honor and speaker during the opening ceremonies of the 26th Panaad sa Negros Festival on Monday, April 8, emphasized that the festival is also a good venue for the young generation to take part in traditional activities for them to realize that they have so much to be proud of.

Villar also noted so much improvement of the products especially foods offered by the pavilions of the towns and cities.

“Your rich culture and traditions as well as the people’s talents are really the main reason why Panaad Festival is getting more and more popular each year and drawing more people,” Villar said.

Governor Alfredo Maranon for his part said Panaad sales has been increasing every year. In fact this year it is expected to increase again because of new products and the increase of exhibitors that are participating.

He thanked the Lord for the rains that showered before the opening ceremonies on Monday that doused the heat brought about by the El Niño phenomenon.

Local officials in the province have attended the opening ceremonies on Monday.