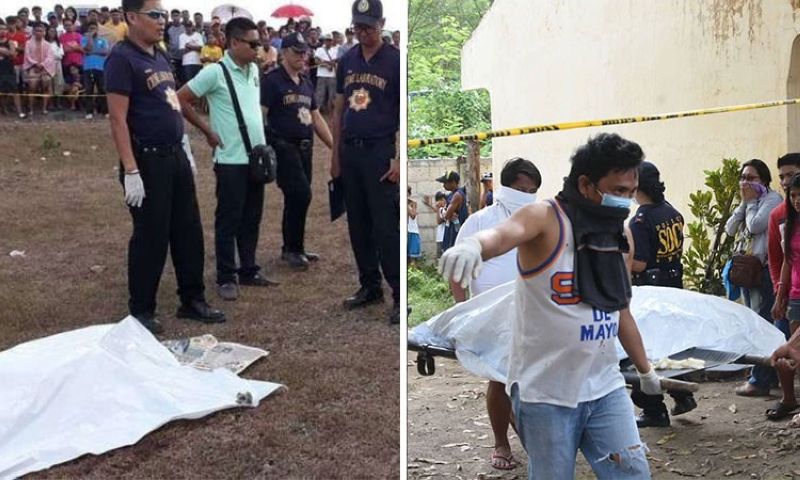 * PRESIDENT'S SEX ORGAN. From headlines in three news sites on President Rodrigo Duterte's breast-beating about his prized body part Thursday (April 4) in a campaign rally speech in Puerto Princesa, Palawan: (a) "Duterte boasts about the size of his penis and claims he is 'highly equipped' thanks to his father in latest bizarre speech" (Daily Mail, United Kingdom)' (b) "Rodrigo Duterte brags about his huge penis saying he would have 'cut it off' at the altar if he'd been born with a small one (The Sun, London); (c) "Duterte brags about having 'highly equipped penis" (Politiko.com).

* AFTER THE DUTERTES. BONG GO. The series of videos "exposing" the claimed real narco-list have already named the Duterte siblings as well as the alleged wealth of the Duterte family. And, just lately, who else but the famous "go-for" and handy man of the president, the would-senator Bong Go. Who's next? Wait for the next feed to your inbox.

From cities to Argao, Danao

Before the first quarter of 2019 ends, there have already been four crime incidents in Cebu that involved teenaged girls and violence, except one that was drug-related, but all were fatal.

[1] The death of Ashley Abad, 19, a nursing student who died of party drug overdose last January 19 at the IT Park in Cebu City. Her boyfriend was a suspect but there may not be enough evidence to support a criminal charge.

[2] The murder of Christine Lee Silawan, 16, a high school student and church work volunteer, whose body was found last March 11 on a vacant lot in Lapu-Lapu City. Her face was disfigured, poured on with acid or skinned, and she was possibly raped, even gang-raped. Her former boyfriend is a principal suspect and is under DSWD custody but NBI and police are still strengthening their case.

[3] The gang-rape of a nine-year-old girl, a second-grade pupil, in Argao, Cebu, by at least six men, four of whom were already arrested and detained. The suspects include an uncle who allegedly had been seducing the girl and, in that last incident, "shared" her with his drinking friends.

[4] The murder of Tesa Marie Ygay, 14, whose body was dumped in the school's septic tank in Cogon Cruz, Danao City. She had been missing since April 5 and her body was found April 8. Suspect is a security guard who reportedly was trying to seduce the girl.

All the four are police stories although whether the relatives of victims would "find justice" is still uncertain. There are suspects but the process is long and arduous. Two of the cases -- the Abad and Silawan incidents -- got the president's attention and were mentioned in his speeches. He ordered the arrest of Abad's boyfriend and the re-arrest of Silawan's former boyfriend.

The incidents had common elements, other than the tragic end in the four stories: [a] sex, in three of four cases; [b] the presence of drugs, in the Abad case, use of Ecstacy was confirmed; in the Silawan case, because of the brutality, [c] the flow of alcohol, in the Argao gang

rape (the suspects had a drinking binge); [d] seduction, by the security guard who paid for some of the Danao girl's school expenses and by the uncle who plied the Argao girl's parents with hard drinks and the child probably with candy and toys.

A disturbing aspect in two cases, the Argao and Danao incidents, was that at least one of the parents in each family of the victim knew: the mother in Argao knew, the father in Danao knew. They were complicit to what was happening, which ended in tragedy.