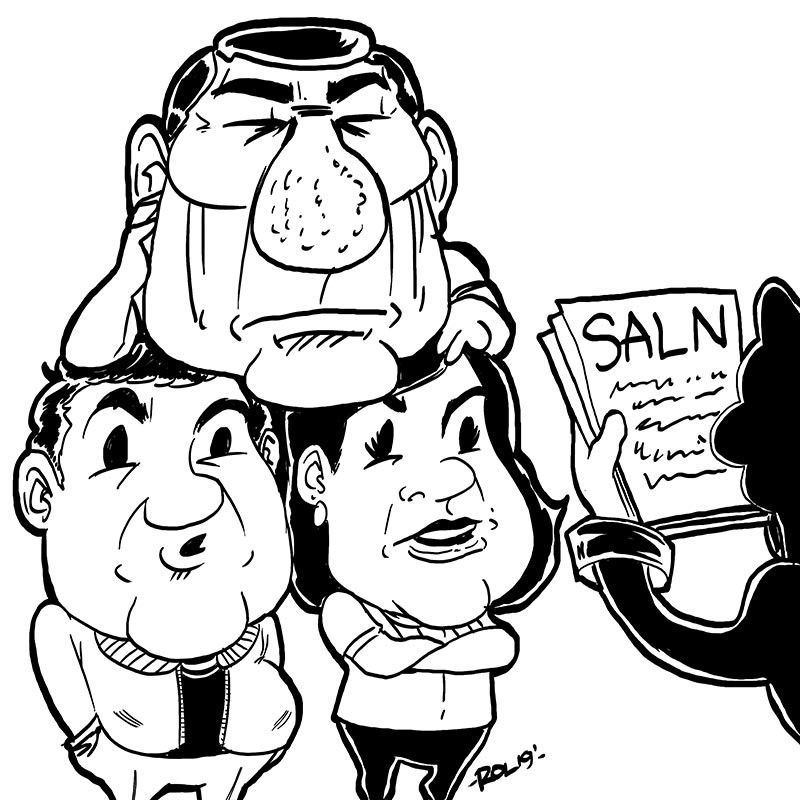 BOTH happened in the same week.

The Philippine Center for Investigative Journalism (PCIJ) released its report on what seems to be unusual spikes through the years in the statements of assets, liabilities and net worth of President Rodrigo Duterte, daughter Davao City Mayor Sara Duterte-Carpio and son Paolo Duterte.

Hardly digested in the realm of public opinion, the report was waylaid by the President’s focus buster: his endowed penis. Social media lemmings headed toward that end, while the PCIJ report, not quite fodder for easy commentary, virtually retreated into the shadows.

But relevant, urgent, grave as it is, the PCIJ report is worth a second, third look. The public must push for an explanation, particularly in the heat of the political race when accountability must be at the center of public discourse.

Sara Duterte, Hugpong ng Pagbabago chairperson, must explain why her law firm partnership with her husband Manases R. Carpio, created 10 years ago, had not registered at all with the Securities and Exchange Commission.

The Dutertes, according to the PCIJ report, still appeared as shareholders in a number of investments, and yet failed to declare these in their SALNs.

Some assets movements declared in Duterte’s SALN do not show repercussions in the SALNs of Sara and Paolo. They have also declared liabilities as “various personal loans” that they owe to Davao-City businessmen who also became their campaign donors. Some of the latter would be asking favors, such as special importation permits.

That, among others, have been reported in detail by the PCIJ.

Hugpong’s local supporters worth their salt must also learn to confront the issue head on, must ask the same question. Media should also ask these leaders if only to make the PCIJ report, screaming of accountability, an issue you can’t sweep under the rug, or be slammed down by something as diminutive and low as the President’s dangling lizard.