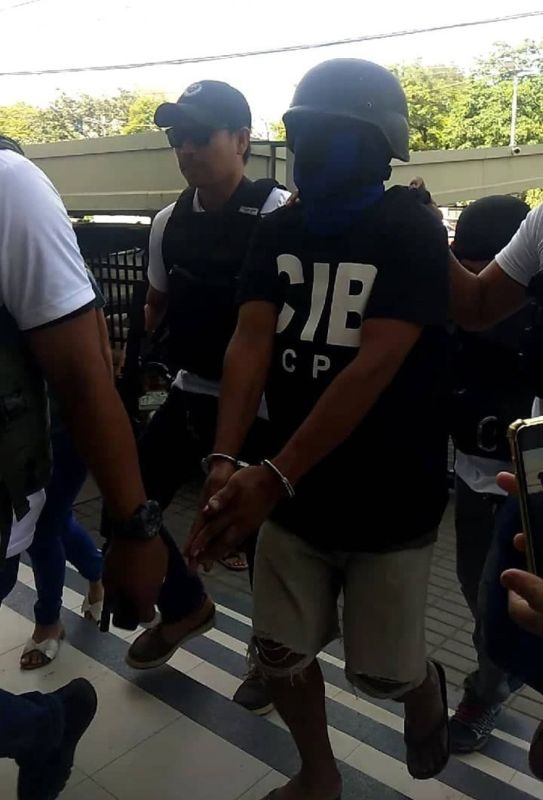 OBSESSION with Christine Lee Silawan, 16, drove a 43-year-old father of five to kill her and skin her face with a pair of scissors, reportedly after she refused his request to have sex.

Sinas did not give other details about the suspect pending coordination with the National Bureau of Investigation (NBI) 7.

The police have yet to comment on how the arrest of a second suspect would affect the murder charges filed by the NBI 7 against Silawan’s ex-boyfriend; and the integrity of the DNA test result, which showed that the bloodstain on the shoe of the former boyfriend matched the specimen taken from Silawan’s parents.

The supposed confession of the new suspect came three weeks after the NBI 7 arrested on March 16 the ex-boyfriend of Silawan, who was 17 years old at the time.

In a GMA 7 Balitang Bisdak report on Wednesday, April 10, the suspect said he decided to come clean because his conscience bothered him.

“Wala ko gipressure. Sukad pagkadakop nako, nakonsensya gyud ko sa gibuhat nako. Dili lang sa kang Christine, kundi bisag sa katong bata nga gidakop sa NBI nga wala man toy sala. Grabe gyud nako kasalbahis (I was not pressured to confess. Since my arrest, I have been bothered by what I did not only to Christine but also to the boy who was arrested by the NBI. He did not commit the crime. I’ve been evil),” the suspect told police.

SunStar Cebu is withholding the name of the suspect on the request of the prosecutors as charges in relation to the Silawan case have yet to be filed against him.

He was detained, though, after the police recovered a caliber 45 pistol from him during a buy-bust in his house in Bankal on Tuesday, April 9.

During the interrogation following his arrest, the police said that’s when he confessed to killing Silawan on March 10.

The suspect guided personnel of the Lapu-Lapu City Police Office (LCPO) led by Police Colonel Limuel Obon at the crime scene in Sitio Mahayahay in Barangay Bankal Wednesday morning to show how he carried out the crime that shocked the entire country.

The killing was so gruesome that it prompted President Rodrigo Duterte to intervene and order the immediate arrest of the suspect, who allegedly stabbed Silawan 30 times and skinned her face. Her tongue, esophagus and right ear had also been removed.

At 7 a.m. on Wednesday, the suspect, assisted by his lawyer, guided Obon and his personnel at the Sacred Heart Parish in Barangay Pajac, Lapu-Lapu City.

He recalled waiting for Silawan outside the church at 6 p.m. last March 10, a Sunday.

Before Silawan left the church, the suspect sent her several text messages as he wanted to bring her home. But Silawan did not reply.

When Silawan emerged from the church, the suspect confronted her and offered to walk her home.

Silawan reportedly refused his offer since she was meeting another person.

The suspect recalled that he insisted on walking Silawan home and they started arguing while walking toward Sitio Mahayahay.

When they reached the crime scene, the suspect said he asked Silawan to have sex with him, and the latter refused.

Silawan insisted that she had to go ahead because her ex-boyfriend was waiting for her.

Angered by Silawan’s refusal, the suspect forced her to the ground and removed her pants.

He said Silawan struggled to get up but he overpowered her.

Using a pair of scissors he kept in his pocket, the suspect said he repeatedly stabbed Silawan until she died.

He said he did not proceed with his plan to rape Silawan as she was already dead.

Using the same scissors, the suspect then started removing Silawan’s skin from her face.

He took Silawan’s face and personal belongings and left the crime scene. He went to a well in a nearby sitio where he washed the blood from the scissors before throwing it away.

He said he was familiar with the area because he once lived there.

The suspect also told the police that because he was already frantic, he had forgotten where he threw Silawan’s skin and things.

After the walk-through in Sitio Mahayahay, the police brought him to the Lapu-Lapu City Prosecutor’s Office where charges for illegal possession of firearms and violation of the election gun ban were filed against him.

Lapu-Lapu City Mayor Paz Radaza said she was informed by Obon that the suspect had been included in the drug watchlist.

Obon refused to give any statement on the arrest and how the suspect was linked to the Silawan murder.

But Sinas said Silawan and the suspect started communicating on social media, and the latter had since been obsessed with her.

A reliable source said the two met several times before the killing.

He was reportedly under the influence of illegal drugs when he committed the crime.

Sinas said the suspect planned to flee and hide in Bohol after learning that his name came up in the Special Investigation Task Group Silawan’s probe.

In an interview on Wednesday morning, NBI 7 Director Tomas Enrile said the arrest of the second suspect is a huge development in solving Silawan’s murder.

Enrile said they were closely coordinating with the PRO 7 but he had yet to get information if they ha the same suspect.

“It will bolster the case. We are coordinating and helping each other in this case. We take it as a positive development. It doesn’t matter if it’s the PNP or NBI 7 who arrests the suspects. Perhaps we will just wait for Director Sinas’s press release,” Enrile said.

Lawyer Vincent Isles, legal counsel for the NBI’s suspect in the Silawan murder, said the arrest of the new suspect is a “positive development” as this would help clear his client.

“This is not just a positive development for my client but also a win for justice,” Isles said. (JKV, from AYB, FVQ & FMD of SuperBalita Cebu)