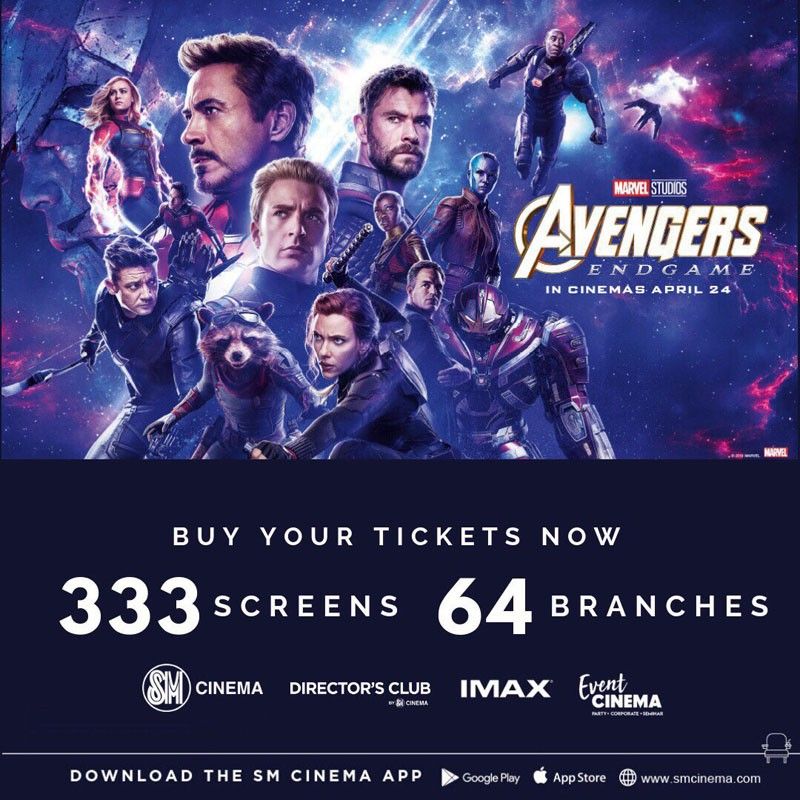 THE coming of the most anticipated movie of the year is fast-approaching and SM Cinema is gearing up for the massive battle about to come. After more than a decade, everyone is anxious to watch the epic finale to this saga that started in 2008.

In line with this, SM Cinema will be showing “Avengers: Endgame” in all SM Cinema branches—and by “all,” this literally means all schedules of the 333 screens in Luzon, the Visayas and Mindanao from April 24 to 28.

Catch the exciting comeback of Earth’s Mightiest Heroes as they take solo spotlight in all Digital 2D, 3D, SM Cinema IMAX, Director’s Club Cinema, Event Cinema, and Megascreen Large Format cinemas in any of the 64 SM Cinema branches across the country.

One can book his tickets now and be among the first in the world to see the movie. Skip the lines, get the best seats in the house, and save as much as P20 by getting your tickets via www.smcinema.com or the SM Cinema App.